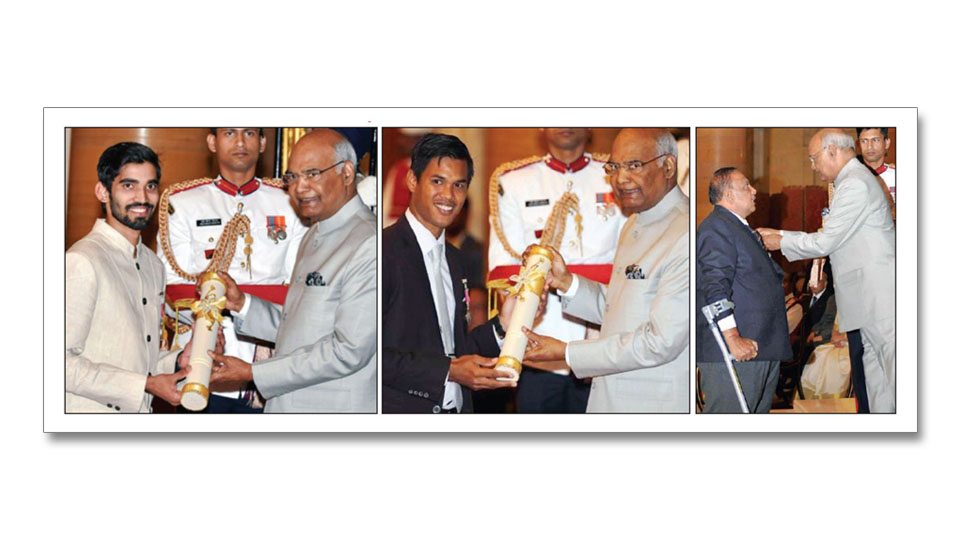 This year, former India cricket captain Mahendra Singh Dhoni and multiple world champion cueist Pankaj Advani were conferred with the country’s third-highest civilian award, Padma Bhushan. The 2017 World Weightlifting champion in the 48kg category, Saikhom Mirabai Chanu was conferred the Padma Shri. However, the three of them were not present during the ceremony due to different reasons.

At 25, Srikanth is the second youngest sportsperson in India to have got the Padma Shri. Earlier, P.V. Sindhu got the award at the age of 19. Srikanth, an Arjuna awardee, was the first Indian male badminton player to win gold at the 2015 Swiss Open Grand Prix Gold.