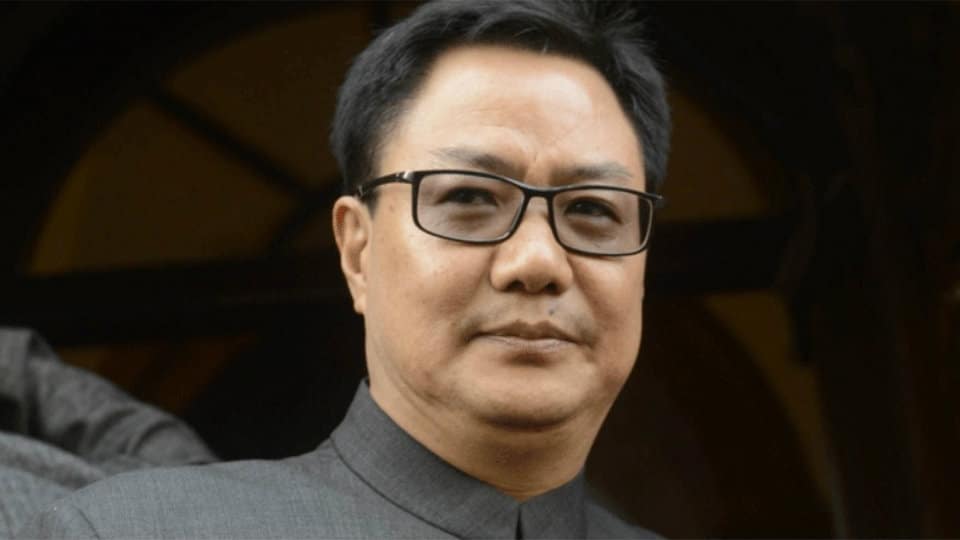 New Delhi: The Union government yesterday said that an internal committee of the Home Ministry was looking into inclusion of Tulu and Kodava languages in the Eighth Schedule of the Constitution as several law-makers have demanded expansion of the Schedule.

Responding to a private member’s bill moved by B.K. Hariprasad (Congress), Minister of State for Home Affairs Kiran Rijiju told the Rajya Sabha that the official panel has been tasked to come out with the objective criterion on inclusion of more languages in the Schedule.

The Eighth Schedule of the Constitution currently recognises 22 languages while cases are pending for 16 other languages including Tulu and Kodava. Two previous expert panels, Pahwa Committee in 1996 and Sitakanta Mohapatra Committee in 2003, could not conclusively form the criteria to decide on inclusion of other languages.

Rijiju said the Centre  had now set up a panel, headed by an Additional Secretary rank officer with members from the Ministry of HRD, Ministry of Information and Broadcasting, Department of Personnel and Training, Central Institute of Indian Languages (CIIL), Mysuru and the Sahitya Akademi to come up with a concrete solution. The issue had come up in the Upper House in April too when the Congress member Oscar Fernandes even sang a few lines in Tulu after he was prompted by his colleague Jairam Ramesh.