Home » News » Parangathotsava -2017: ‘Music and dance should be relished as art’ 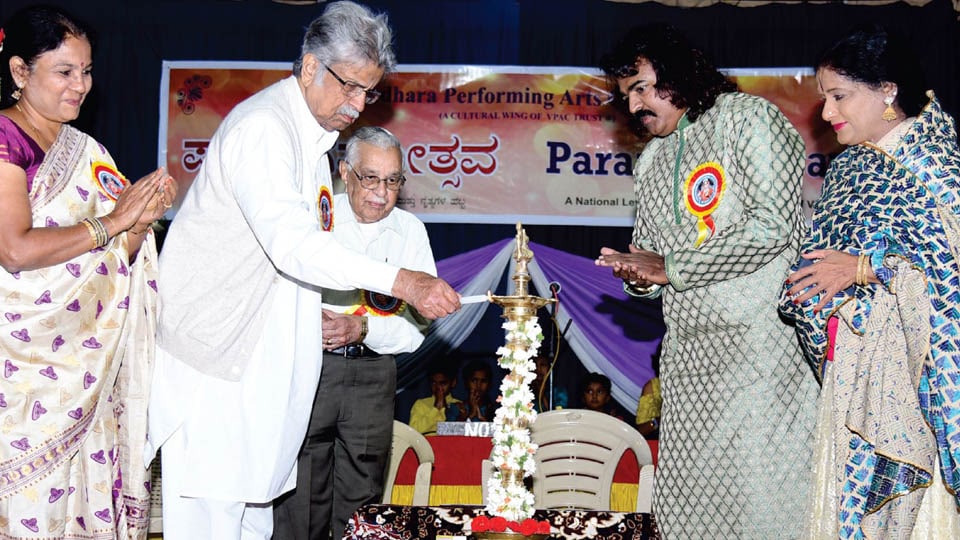 Parangathotsava -2017: ‘Music and dance should be relished as art’

Mysuru:“Music and dance should be relished as art and just speaking at length on them appears inappropriate,” opined renowned Sarod Maestro Pt. Rajeev Taranath.

Heaping praises on Flautist Pt. Praveen Godkhindi, he said that the applause extended by art lovers was unparalleled to any award or title conferred by the Government.

He sarcastically remarked that the so called awards instituted by the Government or any social organisation were just incidental questioning the rationale behind the evaluation system. 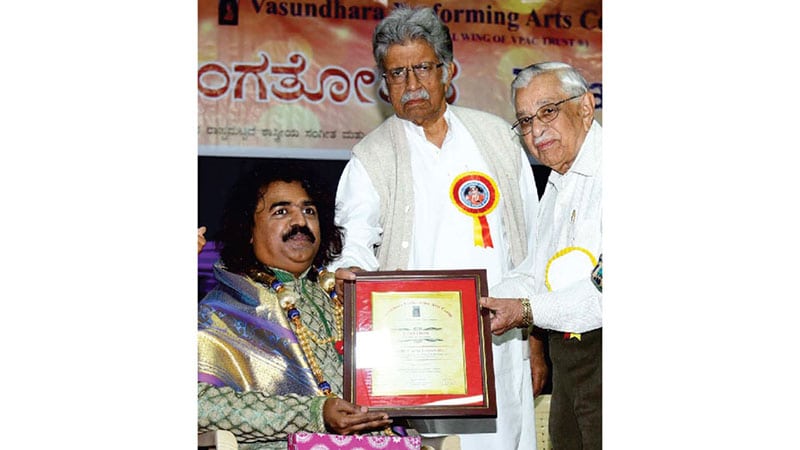 Speaking on the occasion, Rangayana Director Bhagirathi Bai Kadam opined that there was an integral relationship among theatre, music and dance. However, she observed that unlike music and dance, theatre artistes should also put in a lot of effort and practice to up hold theatre in high esteem.

Pt. Praveen Godkhindi was felicitated on the occasion.