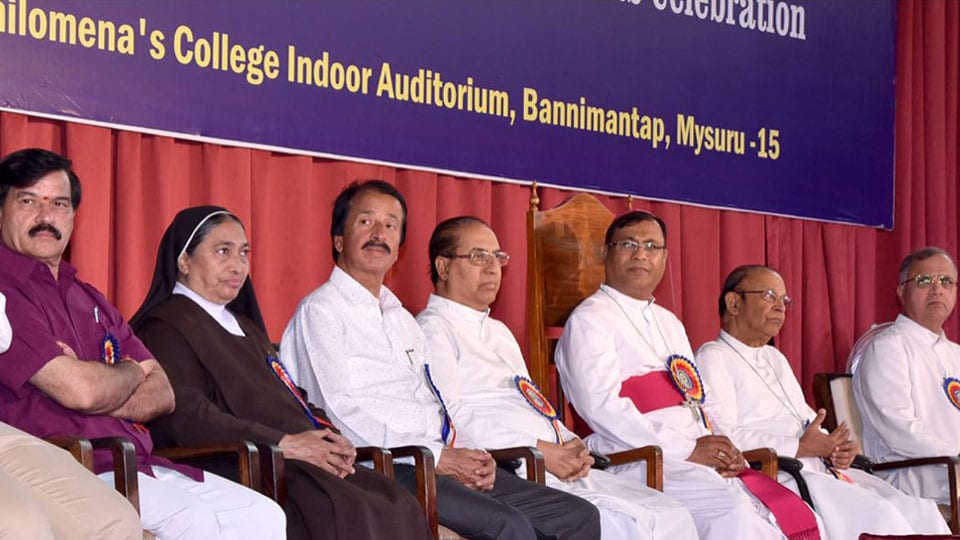 Mysuru: Christian Social Welfare Association President Harry D’Souza has said that the Christian community was rendered injustice in spending of funds granted by the State Government for the Welfare of Minorities.

He was speaking at the Mysuru District Christian Convention ‘Our Share Our Right’ organised by the Association at St. Phenomena’s College premises in Bannimantap here on Sunday.

Pointing out most of the funds granted for Minorities Welfare Department was going to the Muslim Community, as other Minority Communities such as Jains, Parsis, Buddhists, Sikhs mostly stayed away from the Department, he urged the Government to ensure that Christians get their due share in the Funds meant for welfare of minorities.

The programme convenor Dr. Anil Thomas, in his address, read out the demands put forth by the Association to the Government.

The demands included establishment of an exclusive Christian Development Corporation, allotment of Rs. 850 crore to the Christian Community out of the Rs. 2,750 crore announced by the State Government in 2017 for the welfare of Minorities, appropriate reservation in jobs and education for the community and a proper census of the Christian Community.

Former Minister and Senior BJP leader S.A Ramdas, who was a chief guest, opined that the Association should have placed it’s demands before the Government a couple of years ago.

But now that the countdown for the Assembly election has begun, he was unsure whether the present Government will address the demands.

Assuring that he will speak to the BJP leadership on the Association’s demands, Ramdas observed that the term ‘Our responsibilities’ should be included in the Convention’s theme of Our share, Our Right!

MLA Vasu, in his address, said that we were all Indians and must stay united for the welfare of the country.

Pointing out that equal share holds key for our country to become much stronger, he said that he would write to Chief Minister Siddharamaiah and the Minorities Welfare Minister on meeting the Association’s demands and about the Convention held in the city.