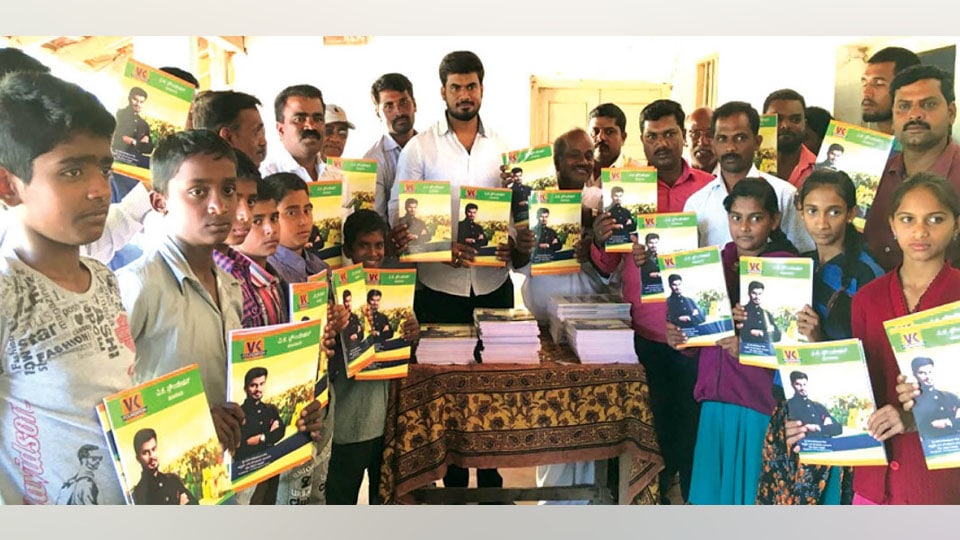 Hunsur: Calling upon parents to admit their children in Government schools, Hunsur-based VK Foundation President Vasanth Kumar said that the motto of any Foundation, Association or organisation should be service to the society.

He was speaking after distributing note books to school children of various government schools in the taluk at a programme organised here recently.

Explaining the objectives of the Foundation, Vasanth Kumar pointed out that teachers play a key role in shaping the future of children. Regretting the dwindling number of admissions in Government schools, he bemoaned that parents tend to fall prey to artificial outlook and propaganda of private schools.

Pointing out that many great personalities had studied in Government schools, he exhorted the parents to concentrate more on educating their children rather than making properties. Aragu Foundation’s Manjunath and Naganna too spoke.