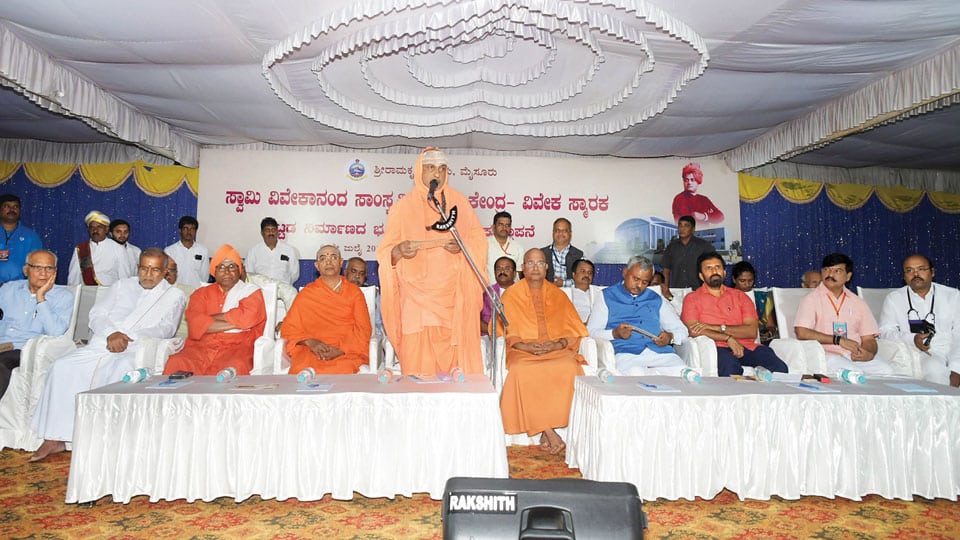 People who put hurdles in good work must be ignored: Dr. S.L. Bhyrappa

Mysore/Mysuru: Acclaimed writer and Saraswathi Samman awardee Dr. S.L. Bhyrappa said that good work in India will always have obstructions. He was addressing the gathering at the foundation laying ceremony for the Swami Vivekananda Memorial Cultural Youth Centre-Viveka Memorial in city this morning.

“Whenever someone does some good work for the society, there are people who put hurdles. Be it Viveka Memorial or the Rangayana. It is the same people who do not like to see progress. By obstructing good work, these people spread negativity. This attitude must go,” he said.

“These people are everywhere and they put hurdles for every work. We have to be patient and proceed with single-minded dedication and perseverance. These people must be ignored. Ultimately, people will realise who is right and all the negativity will have no value and this will be a strong message,” Dr. Bhyrappa said.

“The protesters lament that Kannada books do not sell. I would like to tell them that the Ramakrishna Ashram has brought out more than 600 books in Kannada and they are the highest-selling books. Take for example ‘Badukalu Kaliyiri’ the book written by Swami Jagadatmanandaji. It has sold millions of copies and has been translated into different languages,” he said.