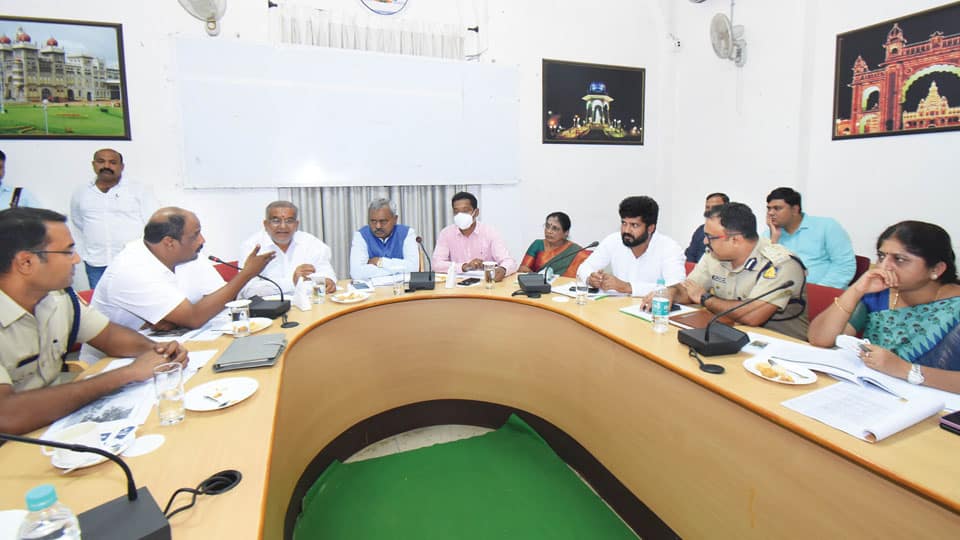 Mysore/Mysuru: The controversial ropeway project to Chamundi Hill which had attracted stiff opposition from environmentalists, nature lovers and also from the general public has been shelved, much to the relief of Mysureans who were concerned about unbridled development in an eco-sensitive zone.

Chamundeshwari MLA G.T. Devegowda (GTD) said that there was no need for a ropeway to Chamundi Hill as there are roads and steps to reach the hilltop. “There is a desperate need to conserve nature and the environment. The ropeway will have a negative impact on the environment which would cause imbalance to ecology,” he said.

Mysuru-Kodagu MP Pratap Simha said that Chamundi Hill should remain as a religious place and there was no need for any tourism development.

Pointing out that any tourism development at the Hill will slowly destroy the green space, Simha said that the Government was committed to leaving the ecology undisturbed. “We also honour public opinion that was against the project and the Hill will be retained as a place of worship and pilgrimage and not as a place of tourist interest,” he said.

The MP alleged that many new houses were being constructed atop the Hill for which the Gram Panchayat and Zilla Panchayat gave approval. GTD told the MP to identify suitable land for Chamundi Hill residents to construct houses so that construction atop the Hill can be stopped. The MP responded and said efforts will be made to locate suitable land.

READ ALSO  Cauvery Gallery in city to open next month

Talks were also held to constitute a Chamundi Hill Development Authority along the lines of the Male Mahadeshwara Hills Development Authority. Minister Somashekar said that he will raise the issue with Chief Minister Basavaraj Bommai. “Rs. 10 crore has been released to restore the landslide-hit Nandi Statue Road and works will begin soon after the rain stops,” he added.

Somashekar, who gave a patient hearing to all the views, made an announcement that the ropeway project would be shelved.

Mysore Travels Association Hon. President B.S. Prashanth suggested using electric buses to Chamundi Hill as they neither emit smoke nor cause harm to the environment.

At the meeting, the Rs. 3.74 crore development works of Somanatheshwara Temple at Somnathpur were also discussed.