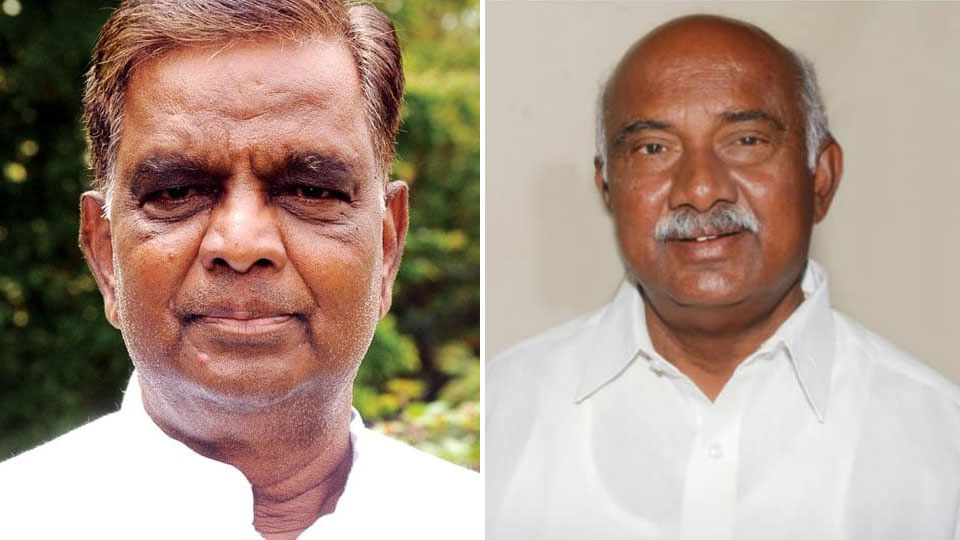 All outsiders residing atop Hill must be evicted: MLC Vishwanath

Mysore/Mysuru: Chamarajanagar BJP MP and a long-time resident of Mysuru V. Sreenivasa Prasad has reiterated that Chief Minister Basavaraj Bommai must be convinced about the dangers to ecology and forests if at all the ropeway project and railings to the steps are implemented atop Chamundi Hill.

Throwing the ball in the court of Mysuru District Minister S.T. Somashekar, Sreenivasa Prasad said that the onus of coaxing the CM to withdraw the destructive projects is on Somashekar.

Addressing a team of reporters at his residence last evening, the MP, who earlier too raised the issue, said that the projects threaten the very existence of Mysuru’s natural gift.

The MP had earlier written to the CM urging him to drop the project as any move to construct a ropeway will destroy the Hill. “Ropeways are constructed at valleys where the access is difficult and at places that are unsuitable for vehicular movement. What is the need for a ropeway when one can reach Sri Chamundeshwari Temple in 20 minutes? There are steps and roads to the top of the Hill. The ropeway idea is irrelevant,” he said.

Instead, the Government must provide only basic amenities. Large-scale development in the name of providing basic facilities should be discouraged.

“When I was the Revenue Minister in 2015, certain development works were slated to come up on 8.04 acres of land reserved near Devikere. But soon, a landslide occurred and when I had called for a meeting with the Revenue and Forest Department officials, the Forest officials were not even aware of the permission being sought from them before the development projects were sanctioned. I realised something amiss and stopped the work,” he said.

READ ALSO  Speaking ill of constitution is a disgrace to any individual: V. Sreenivasa Prasad

Mysuru District Minister Somashekar is already aware of the people’s pulse and he knows that there is serious objection to the ropeway. “He has already stated that the project will not be taken up if people do not want it. He must now convince the CM of the ground realities,” the MP said.

Commenting on the works taken up by the erstwhile Mysore royal family to convert the Rajendra Vilas Palace atop the Chamundi Hill into a hotel, the MP said that the proposal was welcome and it is likely to be an international-standard hotel that will attract tourists.

“Already there are all facilities atop the Hill and the Government must apply brakes on any new development work. It is our responsibility to save the Hill from destruction and I feel that any new project should be taken up only if it is absolutely necessary and it must be in harmony with the local environment. A ropeway against the environment is not necessary and it deserves to be dropped,” he reiterated.

Joining Sreenivasa Prasad in the debate was BJP MLC A.H. Vishwanath, who demanded that the Chamundi Hill be left as-is, without disturbing it in any way. “The ropeway project and the project to install railings on the steps are unnecessary,” he told reporters yesterday.

Vishwanath said that when he was the Forest Minister, he had sanctioned Rs. 5 crore to fence the borders of the entire Hill so that there will not be any encroachment. The Government must drop the railings and ropeway projects and instead focus on removing encroachment and also strengthening the green ecosystem of the Hill. Commercialisation of a religious place must stop, he added. “There are many people residing atop the Hill who are not the original inhabitants of the Chamundi Hill village. Many have built their houses and they travel to Mysuru for professional and business reasons. These people must be evicted from the Hill and only original inhabitants of the Hill and those who perform rituals at the Chamundeshwari Temple must get a place there,” the MLC said.