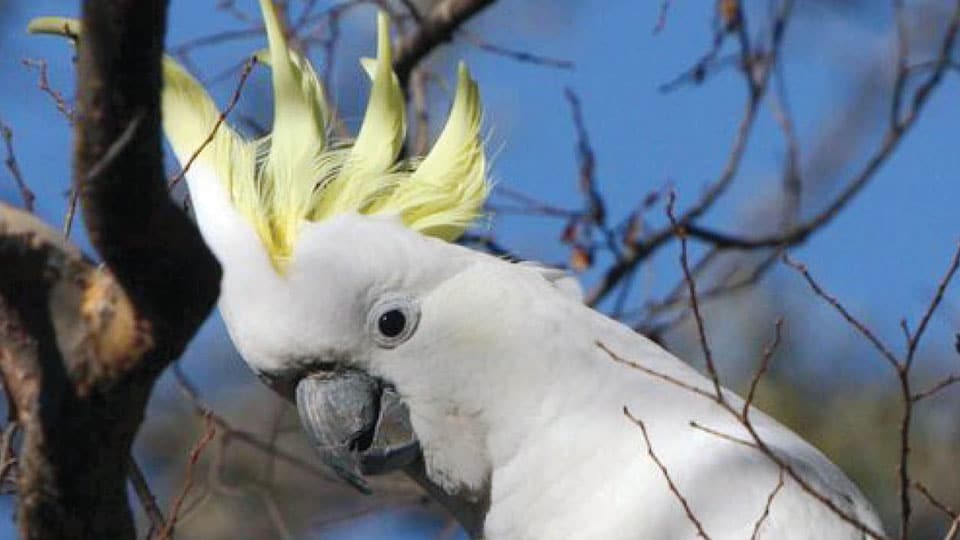 In this week’s Pet Talk, Maneka speaks about the intelligence of Dogs, Wolves, Cockatoos and Squirrels

Cockatoos are pretty but do they have any special skills?

Cockatoos have been nicknamed “animal master-burglars” because they can pick almost any lock. In a University of Vienna study, an adult male cockatoo named “Pipin” retrieved a nut after picking a lock that required him to: remove a pin, then a screw, then a bolt, then turn a wheel 90 degrees and then shift a latch sideways. The task, which would baffle most people, took Pipin — unassisted — less than two hours to figure out.

Can dogs make out the difference between smiling and angry faces?

Anyone who has ever interacted with a dog will tell you that they can. But scientifically researchers in the University of Helsinki’s Canine Mind research project showed 43 dogs images of smiling and angry faces on a computer screen. Each dog was tested twice. The dog’s gaze on the images and pupil size were measured with an eye-tracking device. Emotions and attentiveness guide the gaze and regulate pupil size, making eye tracking a window into the dogs’ minds. Dogs typically focus on the most remarkable aspect of each situation, such as threatening stimuli in a frightening situation. The dogs’ pupils were at their largest when they looked at angry faces. This indicated that the angry faces caused the most powerful emotional reaction in the dogs.

Animal behaviour researchers from the University of Sao Paulo, Brazil, and the University of Lincoln, UK, published their findings  in the scientific journal Behavioural Processes. They examined the behaviour of dogs in response to emotionally significant images and sounds, and found that mouth licking in domestic dogs was not simply a response to food or uncertainty, but is used as a signal to try to communicate with humans in response to visual cues of anger. Angry human voices did not elicit the same response. Dogs were exposed simultaneously to two facial expressions, one positive and one negative, from the same individual. The findings indicate that this behaviour is linked to the animals’ perception of negative emotions, and suggest that dogs may have an understanding of human emotional information. 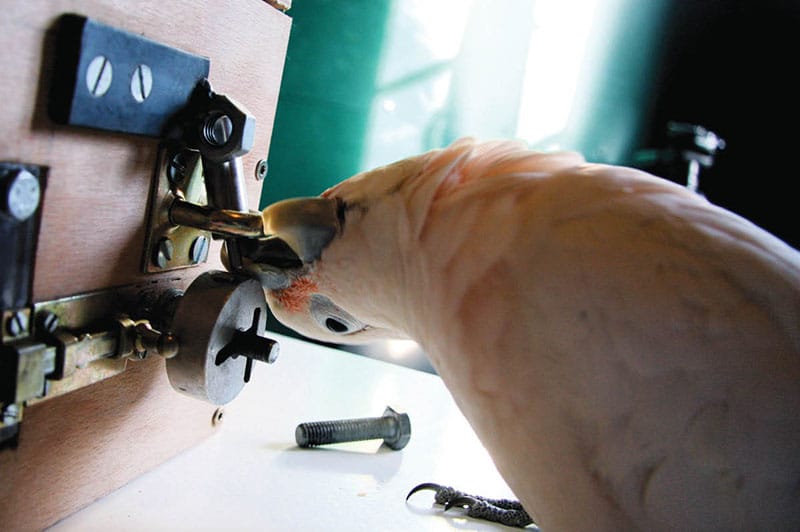 Are humans the only fashion conscious beings who follow fads?

Chimpanzees also have same copycat faddist tendencies. In a study published in Animal Cognition, chimps often adopt behaviour that is “trendy” and specific to only one group. It’s similar to a new fashion trend emerging in their society.

For example, one of the researchers observed a female chimp, Julie, repeatedly sticking a straw-like piece of grass in one or both of her ears. Over time, other chimps in Julie’s group  found it cool an copied her behaviour. Julie died in a few years but her group continued putting grass in their ears. The researchers concluded that the grass-in-the-ear behaviour wasn’t a random event among chimps. They actively learn new things from one another and follow behaviour they find rewarding, even after the originator dies.

Who is smarter — wolves or dogs?

Most of the time, even when there is no scientific evidence, I would say that animals in the wild are smarter. They have to be, in order to survive. In a test given to 15 wolves and 15 dogs, each approximately 6 months old, according to the study published in the journal PLOS ONE, scientists found that wolves observe and learn much better than dogs do.

During the test, each animal watched a trained dog open a wooden box with its mouth or paw to get a food reward. Afterwards, all the wolves, but only four of the dogs, were able to open the box. The wolves used the method they originally observed. The scientists repeated the experiment nine months later to see if the animals’ age had been a factor. It wasn’t.

If intelligence means problem-solving, memory and new ideas, then squirrels are very intelligent.

University of Exeter scientists found grey squirrels quickly remembered how to solve a problem they had not seen for almost two years. The squirrels also quickly worked out how to use those skills in a redesigned version of the test. That is probably why squirrels can survive in urban areas where most animals and birds are dying out.

For example, people try different types of bird feeders to keep squirrels away, but this research shows grey squirrels can not only remember tricks for getting food but can apply those skills in new situations.

In the study published in the journal  Animal Cognition, five squirrels were given a task identical to one they had tried 22 months earlier, in which they had to press levers to get hazelnuts. In that first experience, the squirrels improved with practice — taking an average of eight seconds on their first attempt and just two seconds by the final time they tried it. Trying again for the first time in 22 months, they took an average of just three seconds to get a hazelnut.

Squirrels hide thousands of seeds and nuts in different places just before winter so that they have food during that season. They can remember all their hiding places. Even humans cannot do that. Other studies have shown them make three-dimensional maps to recall where they cache their nuts. Squirrels in California will cover their fur in the scent of rattlesnakes to mask their own scent from predators.

In another test, squirrels were presented with a task that looked different but required the same technique to get hazelnuts. Like humans they hesitated for some time showing a common fear of new things. But once they started, it took them just two seconds, showing that they were able to recall and apply the technique they learned in the previous form of the challenge.