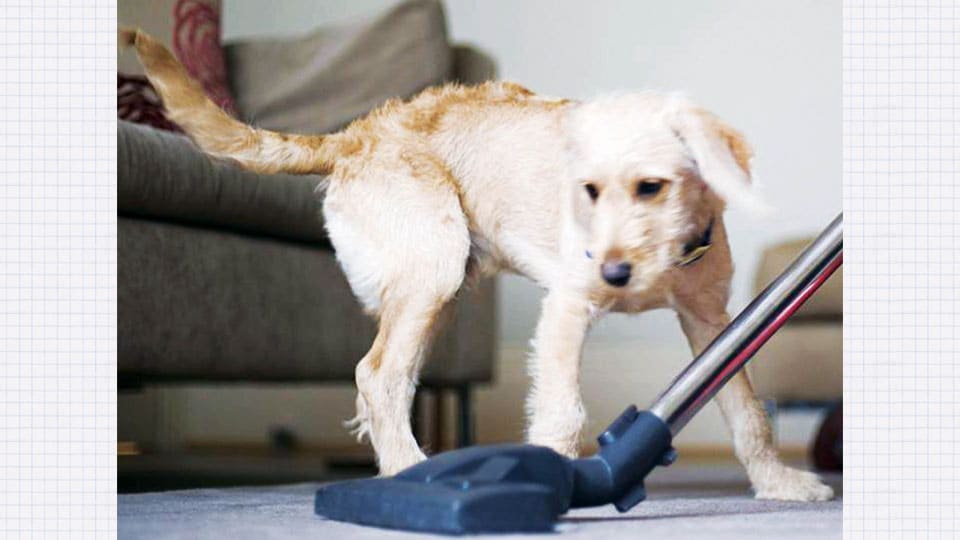 In this week’s Pet Talk, Maneka speaks about internal bleeding in dogs and overcoming their fear of objects

Why does xylitol cause hypoglycaemia in dogs?

Insulin is released both in the pancreases of humans and dogs, thus controlling the amount of blood sugar present in the body.

In human beings, xylitol is fairly harmless, mainly because the bloodstream doesn’t absorb it quickly — contrary to dogs and other non-primate animals.

Whenever they eat anything containing xylitol, the sweetener is quickly absorbed into the bloodstream, causing an insane amount of insulin to be released from the pancreas, which in turn reduces blood sugar, causing hypoglycaemia!

Although sugary treats can damage a dog’s teeth,  I’d rather deal with dental problems than hypoglycaemia, for obvious reasons.

Is it bad to let your dog sleep under your quilt or blanket covers?

I don’t think it is a problem. If a dog went under the covers and the covers were too restrictive the dog would move or struggle to get out. It would be clear that the dog was uncomfortable. It’s unlikely that a dog could get suffocated. The only exception could be very small dogs with heavy sleeping owners or young puppies that were not strong enough to get out if they got trapped.

In fact, it is probably more of a nuisance to you because dogs get hot very quickly and then they want to get out and then, after a bit, they want back in, so you can be awake the whole night. So it’s best not to give them that indulgence.

How can you tell if your dog is bleeding internally or not?

Why does my dog keep acting like he is choking?

If your dog is hacking away or constantly making noises that make it sound like he’s choking on something, he may have a case of kennel cough, or canine infectious tracheobronchitis. Although kennel cough can sound terrible, most of the time it is not a serious condition, and most dogs will recover without treatment.

That is because it is in their nature to sleep in a pile on top of each other and that’s when they feel most secure and comfortable — snuggled up against their littermates. Also because if you have more than one dog, sleeping with you is a sign of being “top dog.”

Can you keep intact males and females in the same house?

If you have an unneutered male dog in your household, and you want to let your female go through one or more heat cycles before spaying her, the smartest and safest thing is to remove one of them for the duration of the female’s heat. It is difficult to describe the stress, restlessness, and sheer loss of sanity that a male dog can exhibit in the face of a female in standing season. It will be close to unbearable for you, to say nothing of him. I would suggest letting him board with a friend till it’s over. Or have him spayed.

Can I spay my dog while she is in heat?

Once your female has started her heat, you cannot. The uterus, preparing for pregnancy, is very vascular, and the risk of internal bleeding is higher. Instead, schedule spay surgery at a hormonally “quiet” time, midway between heats.

Can a spayed dog still be in heat?

It is possible for a female dog or cat that has gone through spay surgery to show signs of heat — bleeding, attracting males, and behavioural changes — after the surgery. This can happen because the lining tissue of the remaining vagina can swell and bleed in response to the hormones, simulating a heat cycle. But you do not have to worry about pregnancy even if the pet seems to go in heat. If the uterus was, in fact, removed, then there is no way that your pet can become pregnant.

How can I make aging in my dog a better experience for him?

In dogs as in people, old age can’t be prevented, but there are things a person can do for their dog to possibly retard the process or at least make aging a better experience. In addition to regular vet visits, it’s important to keep the dog’s weight at a healthy level, feed it a nutritious diet that contains all the necessary macro- and micronutrients (and supplements if necessary), massage achy joints and muscles, introduce a younger playmate, give the old dog sufficient exercise, playtime, and plenty of enrichment and socialisation.

Why do dogs develop fear of some objects?

Dogs can also become fearful of certain objects because of the unpredictable noises they make. For instance, dogs bark at a child’s stuffed animal that sings a birthday song, and keeps low to the floor with his ears tucked back as he barks, ready to run if the stuffed animal should lunge at him.

The unfamiliar and unpredictable noise startles him to the point that he has developed a fear of the stuffed animal. Many people see this type of fear develop in their dogs towards vacuum cleaners, hairdryers, and other noisy household items. A negative experience with an object can also cause a dog to become fearful.

How can you overcome the fear of objects that the dog has?

Put the objects out of sight of the dog so that he is not able to see them. Try to give some kind of treat to your dog when he approaches the object. Try to ignore him when he gets closer to the object. Gradually desensitise your dog to the object. And soon you will be able to overcome your dog’s fear.