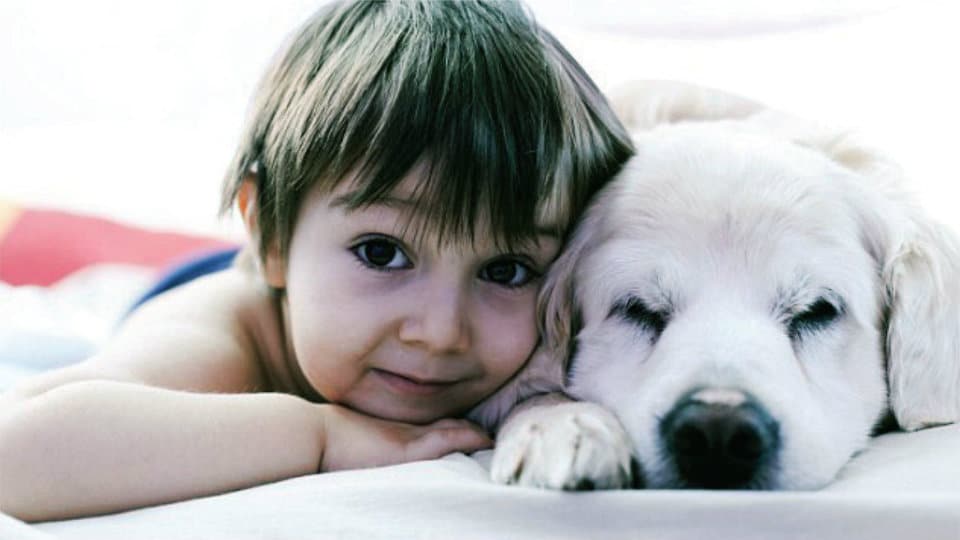 In this week’s Pet Talk, Maneka explains what can children learn by having a pet?

Are horses as good as dogs in picking up body language of humans?

Research says that horses are good at picking up human body language. But like dogs, and humans too, it depends on their proximity to the human. Adult horses are known to pick up body cues easily from people they know. Young ones respond to explicit body gestures like finger pointing.

With winter here what additions can you make in the diet of a stray dog?

Adding a little til oil, kidney beans, or eggs, to the dog’s diet can help to relieve dry and flaky skin and ease arthritis pain brought on by cold conditions. Proper hydration is also essential to optimal health during the winter. Be sure to have a clean, fresh water supply available.  Give the dog more food to keep the cold at bay.

Is Oxytocin used in the case of cows?

Oxytocin is used in cows to make their milk production faster. The action of the hormone causes the uterus of the cattle to contract, causing immense pain. Doctors have confirmed that the drug decreases the reproductive ability of cows over time, making them barren. It also reduces the lifespan of cattle. Studies have linked the consumption of milk contaminated with Oxytocin to the early onset of puberty in children and to near sightedness, which is on an alarming rise these days. Despite a ban on artificially injecting the hormone into cattle, this drug is being supplied secretly to different tabelas, as we discovered in the course of our two-month-long investigations.

Is Oxytocin use illegal?

Yes. Use of Oxytocin injection on milching animals, in order to induce milk, is illegal and amounts to cruelty on animal under Section 12 of The Prevention of Cruelty to Animals Act, 1960. It is a cognizable offence and the person shall be punishable with a fine, which may extend upto one thousand rupees, or with the imprisonment for a term which may extend upto two years, or with both, and the animal on which the operation was performed shall be forfeited to the Government. The proprietor of the shop, selling these drugs to a dairy, shall be liable to lose his license as a pharmacist, in addition to criminal charges with punishment of upto 5 years in prison. The Government of India has acknowledged the negative effects of Oxytocin and has declared it as a scheduled substance. It is illegal under the Food and Drug Adulteration Act to buy, sell or administer these injections without a physician’s permit. These rules apply to milkmen too. Under the provisions of the Drugs and Cosmetics Act, Oxytocin has been classified as a Prescription drug. No person/milkman can purchase the drug without having the requisite prescription from a Registered Medical Practitioner or Registered Veterinarian. But, despite this, Oxytocin ampoules are easily and readily available, not only at chemists but also from other unauthorized outlets in markets situated close to dairies.

Are dairy owners allowed to leave cattle on road?

According to the case, titled ‘menace of stray cattle’ presided over by Delhi High Court Justice T.S. Thakur, Justice S.N. Aggarwal, dated 31st May, 2007, it is illegal for dairy owners to leave their cattle on the road, and such an action can lead to the licences of the dairies being cancelled.

What can children learn by having a pet?

Pets teach children how to play responsibly, how to exercise as part of their day by taking the dog for a walk, how to share, how to treat other beings with respect, love and compassion. They teach children responsibility about caring for someone else apart from themselves.

A sense of self. A dog or cat is a companion, sometimes 24 hours a day. A friendly, well-socialized dog is likely to reflect constant love back to the child, saying in effect, “You are a wonderful person, and I love you.” An affectionate cat that’s not fearful will usually send children a similar message. While such a gift can be restorative for a person of any age, for kids a pet can play a role in helping them form a healthy sense of self and build self-esteem. Behavioural awareness. Parents should teach children to pay attention to how their behaviour affects their pets. Children can fine-tune behaviour and see when the pet’s responses improve as a result of more gentle and aware treatment.

Responsibility. Caring for a pet is a great way for children to learn responsibility. But often, parents expect too much right off the bat, which can overwhelm kids and leave parents to feed and walk the pet. To avoid that, take a more reasonable approach. Instead of expecting a child to be responsible for daily pet care, start slowly, allowing them a chance to play together and bond. The role of caregiver can then naturally develop.

Healthy living habits. Properly caring for pets means feeding them an appropriate diet and engaging them in regular exercise. By being involved with these aspects of care, children can learn healthy living habits for both their pet and themselves. Leadership skills. When children learn to give basic commands to a dog, reward correct behaviour and refuse attention for incorrect responses, they’re practicing leadership. This helps them gain confidence in their abilities and a sense of authority.

How to cope with loss. Although many parents probably don’t want to think about this, the lifespan of a dog or cat is considerably shorter than that of people. Commonly, a child’s first experience with the death of a loved one is the loss of a beloved pet. If managed in a respectful way that pays tribute to the pet, this experience can be invaluable to children as they prepare for life.