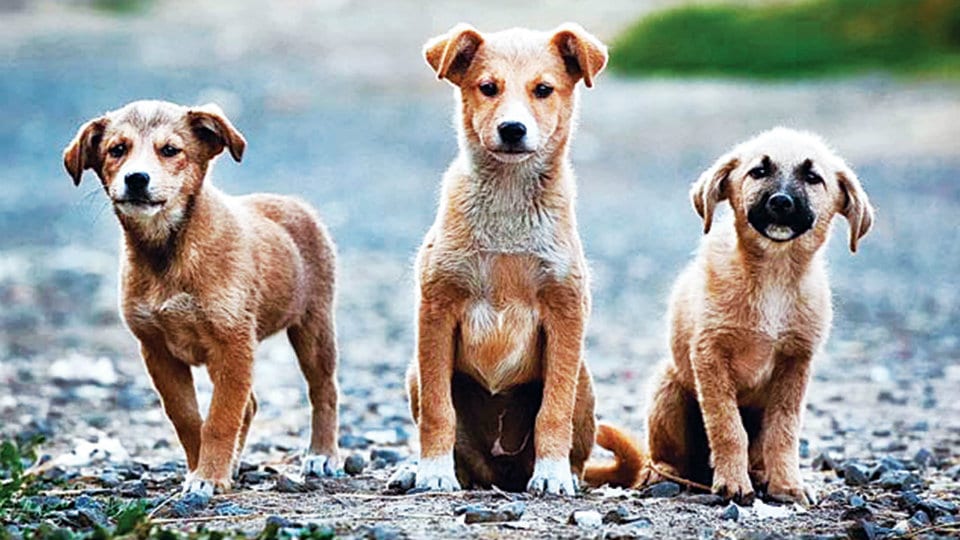 In this week’s Pet Talk, Maneka talks about the laws relating to cruelty on a pet by the owner, feeding street animals, etc.

Should I report cruelty on a pet by the owner?

Yes, it must be reported. As per the law, neglecting an animal by denying sufficient food, water, shelter and exercise or keeping them chained/ confined for long hours is punishable by a fine, or imprisonment, or both under section 11(1)(h), PCA Act,1960. Most criminal law officers and psychologists have found that someone who is cruel to animals is a danger to society and is likely to commit crimes on humans. Therefore, it is important to expose them immediately.

What is the legal right of an animal abandoned by its owners?

Abandoning any animal for any reason can land you in prison for up to 3 months, under section 11(1)(i) and section 11(1)(j), PCA Act, 1960. If diseased or injured, the animal must be taken to a vet or animal shelter and it must come back to the owner. An owner who wants to get rid of his pet should look for adopters rather than being cruel and vicious.

Are there laws regarding feeding street animals?

The Delhi High Court states that there are no laws that prohibit people from feeding stray animals. It is lawful and helps the animals. The Animal Welfare Board of India issues IDs for people who feed stray animals. These IDs help people who want to protect the strays from  abusive animal-haters.

The dog feeders have certain rights and they can’t be stopped from feeding street animals with safe food; Article 51a of the Constitutional law of India speaks about the duties of every citizen of India. One of these duties includes having compassion for living creatures.

Anyone who threatens or intimidates any person taking care of dogs is liable for criminal intimidation under section 503 IPC and can be arrested without a warrant.

My dog is having seizures and convulsions continuously, what should I do to prevent this?

First, you must see what type of seizure it is. The most common kind is the generalised seizure, also called a grand mal seizure. A dog can lose consciousness and convulse. The abnormal electrical activity happens throughout the brain. Generalised seizures usually last from a few seconds to a few minutes. With a focal seizure, abnormal electrical activity happens in only part of the brain. Focal seizures can cause unusual movements in one limb or one side of the body. Also, the cause of the seizure must be known. It is commonly due to eating poison, liver disease, low or high blood sugar, kidney disease, electrolyte problems, anaemia, head injury, encephalitis, strokes and brain cancer.

In any case seizures are serious, the animal must be taken to the vet. During treatment; you may have to change their diet, keep them out of the water, keep them cool and avoid salty treats.

My doctor advises me to give away my dogs because I am pregnant. Is he right?

This was conventional thinking in the 90s. Now all scientists have found that keeping a dog during pregnancy, and after, guarantees that the baby will be healthier and less prone to allergies of any kind, or asthma.

Just train the dog not to jump on you when he is happy to see you. All the immunisations for your dog should be completed well before the pregnancy reaches its final trimester. For pregnant women, daily walks with your dog will allow you to get some air and stay active. This will reduce the risk of gaining weight and help to avoid complications during the birth. Having a dog during pregnancy will help you to stay positive, to be supported in a different way than by a human.

Is it ethical to euthanise a pet and is it legal?

If a dog is suffering, either from severe  injuries from an accident, or a fatal disease, a vet can euthanise it to put the animal out of its suffering. They cannot put down healthy animals under the law.

What are the signs of depression in pet animals?

One of the core symptoms of depression is anhedonia, the decrease and loss of interest in pleasurable activities. We measure interest in food that animals like a lot. We also measure how they are interacting socially with other animals in the group, and changes in sleep patterns and daytime activities. Another behaviour that has been used frequently to measure animal depression is whether they readily give up when exposed to a stressful situation.

Is breeding of pets for making money legal?

Breeders and dog sellers must follow the rules under the Prevention of Cruelty to Animals (Dog Breeding and Marketing), 2017 — Under the new rules, every breeder must have a certificate of registration, issued after an inspection by the State Animal Welfare Board, and renewable every two years.

Individuals who have been convicted of any offence under the Prevention of Cruelty to Animals Act (or the Wildlife Protection Act) are not eligible to be registered as breeders, taking the worst offenders out of the system for good.

The State Animal Welfare Board now has the right to inspect any breeding establishment for any reason, including on the receipt of a complaint from the public.

If violators are found by the State Animal Welfare Board, then they can cancel licences and file Police complaints.

New regulations are that they specify that pups cannot be sold under the age of eight weeks.

Under the new rules, only vaccinated dogs, who meet certain health criteria, can be sold.

The new rules explicitly state that breeders should not display dogs in public places for immediate sale, which gives them time to counsel the purchasers to ensure they can take proper care of the dog.

The rules require the breeder to maintain records of all animals in the establishment, including the breeding dogs, also ensuring their welfare.

Breeders must now rehabilitate pups not sold within six months via an animal welfare organisation. They must also maintain a full record of the number of dogs which are born, or die, in their care. A veterinary doctor must record the cause of death, after conducting a post-mortem examination.

Inbreeding is not allowed. The new rules demand record-keeping.

Every time I take my dog out for a walk, he wants to dive right into a garbage bin, and disrupts the whole bin creating a lot of mess. I’ve tried different routes but the same thing happens. What should I do?

Trash potentially contains food items, or wrappers, that smell like food — and that’s a powerful incentive for any dog. Some dogs develop a game of digging through the trash. Sometimes they find good stuff to eat, or fun things to chew on. When they are so engaged in sniffing out an interesting scent, they may scatter the refuse all around.

Try training your dog at home by teaching him the “leave it” command. First teach him to turn away, or back off, from your hand while you hold treats. Once the dog has learned the phrase, use it every time he goes near the trash. When he backs, or turns away, offer him praise or treats.

Adult feral cats are not socialised to people. They may look just like pets, but they are happier outdoors in groups, and they are usually too afraid of human contact to enjoy domestic life. As a result, they are likely to be poorly handled, killed or abandoned, if picked up by people. So, it is in their best interest to continue living outdoors. However, people interested in helping feral cats live, can feed them and create outdoor shelters for them to use during bad weather conditions. Additionally, feral kittens can still be adopted, with some amount of extra effort on your part to socialise them in their new surroundings.