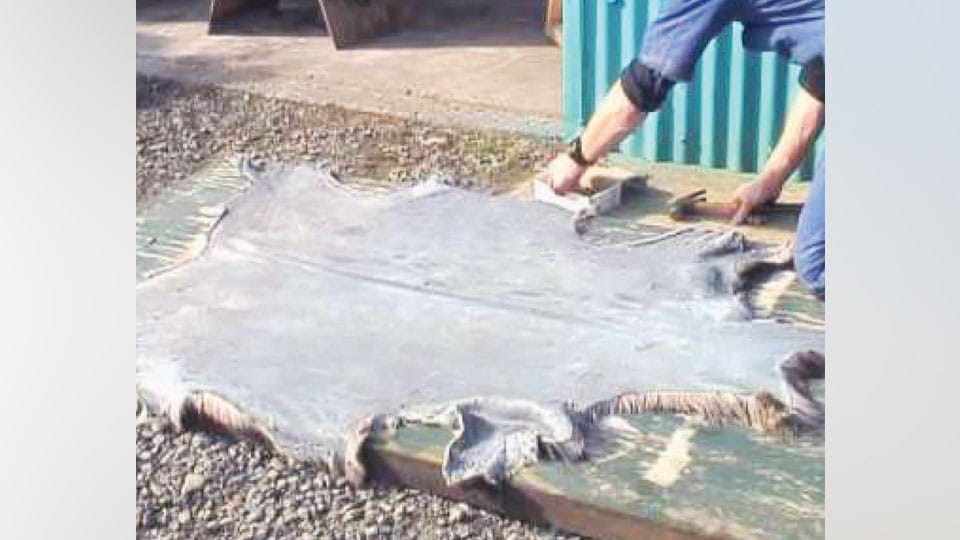 In this week’s Pet Talk, Maneka speaks about the suicidal tendencies in animals, squirrels’ habitat and musical instruments made of animal products.

What does rhinoceroses have on their nose?

“Rhinoceros” comes from Old Greek, meaning “horned nose.” But the horns are not made of bone but of matted hair or keratin.

Can animals have suicidal tendencies?

Many animals, that appear to be depressed or grieving, begin to exhibit self-destructive behaviour that sometimes ends in death. In 1845, the Illustrated London News reported that a Newfoundland dog had been acting less lively over a period of days before being seen “to throw himself in the water and endeavour to sink by preserving perfect stillness of the legs and feet.” Every time he was rescued he attempted to do this again before he finally held his head underwater until death. Other dogs, as well as ducks, have also drowned themselves. One duck did so after the death of its mate. Some dogs will refuse food after the death of their owner, until they die as well. In 2009, 28 cows and bulls mysteriously threw themselves off a cliff in the Swiss Alps over the span of three days. One deer leapt from a cliff to its death so as to avoid being captured by hunting dogs. Sheep being taken for slaughter in Mongolia all leapt into a lake to drown. Suicidal behaviour has been observed more in female animals than male.

How would a street dog family react if one of the puppies has been separated from the family?

Like any other mother, dogs are instinctively protective of the puppies for about 4 -6 weeks, while they are still nursing them. Once they decide the puppies are old enough to get their food elsewhere, they become less involved. But if the puppy has been killed, or taken away, they certainly mourn loudly for many days.

Are musical instruments made of animal products?

Instruments such as Mridangam, Madhalam, Tabla, Khol, Thavil, Dhol, Dholak, Damaru, Chenda, Chande, Timila, Udukkai, Pakhavaj and many other folk instruments are made of cow, buffalo, goat and calf skins. Drums like Idakka use cow’s intestinal membrane in their construction and Kanjira is made using skin of monitor lizards (illegally). Piano keys are made from the hooves, horns & bones of variety of animals. Some companies even advocate the use of lanolin, tallow, or other animal oils, to clean drum heads.

Is it true that bulls react aggressively to the colour red?

Bulls are actually colour blind for red and green. It’s not the colour, but the movement of the cape and the sword that makes bulls turn to defend themselves and so seem angry. The bulls are alert to danger and they have been trained from their young age to react to the cape, because if they don’t they will be poked painfully.

What do elephants use their tusks for?

Elephants use their tusks for a variety of tasks. Principally, they are formidable weapons against potential predators like the tiger, or in battle against other elephants. They are also used to aid foraging, digging, stripping bark and moving things out of the way; trained logging elephants are capable of lifting large logs with their tusks. There is also a display element to tusks, and large ones attract the interest of females.

What causes wolves to howl?

Wolves howl because they are sending a message to other wolves. A howl can mean many things, from a friendly call to a pack-mate, to a noisy claim of territory to other neighbouring wolves. It can be a rally to the pack before a hunt, or an invitation to find a new mate in the months of winter.

Do female dogs need to have one litter of puppies before they can be spayed?

Do turtle shells grow back?

Overlapping sheets of keratin make up the scutes that cover a turtle. Unlike a snail, a turtle is not able to trade in one shell for another if it is damaged or just doesn’t fit anymore. The turtle’s shell never falls off and is never too large or too small, because it grows with the turtle and is part of its body. Shells have a blood and nerve supply, so bleeding and pain can result if the shell is injured.

What does a rabbit do when it is happy?

The happiest rabbit expression is commonly called a “binky.” When a rabbit binkies, it jumps into the air and twists its head and body in opposite directions before falling back to the ground.

No, leopards don’t purr. Cats can both purr and roar. The “roaring cats,” like leopards, lions,  tigers, jaguar, have an incompletely ossified hyoid bone which, according to this theory, enables them to roar but not to purr.

Where do squirrels live?

For squirrels, their happy holes consist of either  ground holes, dens, or drays. There are nuances between these different structures, the types of squirrels that use them, and the circumstances under which one type of nest is used over another. For tree squirrels and flying squirrels, the nest consists of dens or drays. A den is created in the side of a tree and is typically constructed using moss and leaves for bedding. Dens can be built into abandoned woodpecker holes or the natural cavities of a tree.

Are there any animals who eat bamboo?

Do you believe that some animals can laugh just like humans?

So far, apes and rats are the only known animals to get the giggles. Chimpanzees and gorillas show laughter-like vocalisations in response to physical contact such as wrestling, play chasing or tickling. Rats also laugh when tickled.

Is killing a snake in one’s own defence a crime?

Yes, killing a snake in one’s own defence is a crime specially when there are hundreds of alternatives. Snakes cannot see or hear. They never attack. They only defend themselves. If you are in close proximity to a snake — and most of the time, the snakes that come to human habitations are harmless rat or wolfsnakes — stand still, back away or call out to someone to get a sheet or towel and throw it on the snake.