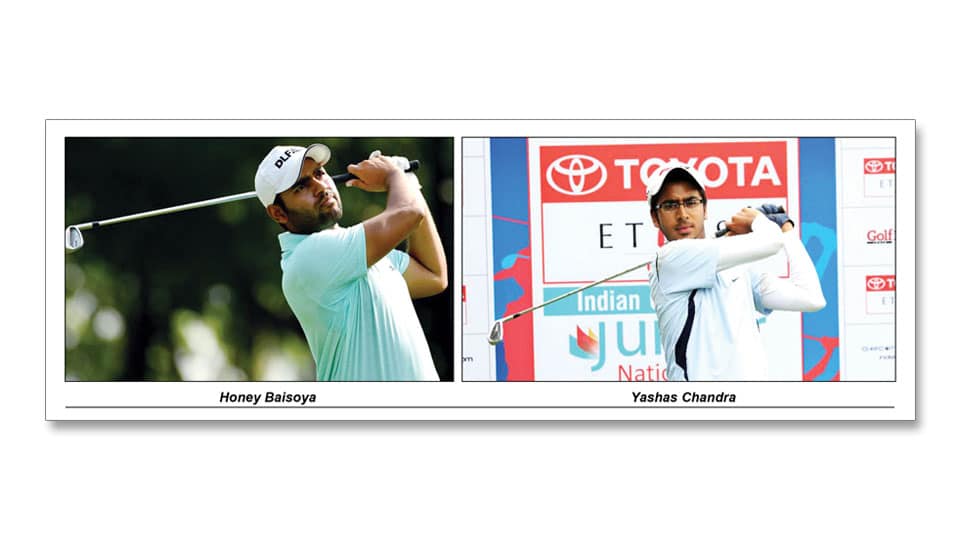 The day’s best round of 63 was posted by Delhi’s Himmat Rai, Bengaluru’s Trishul Chinnappa and Sri Lankan N. Thangaraja.