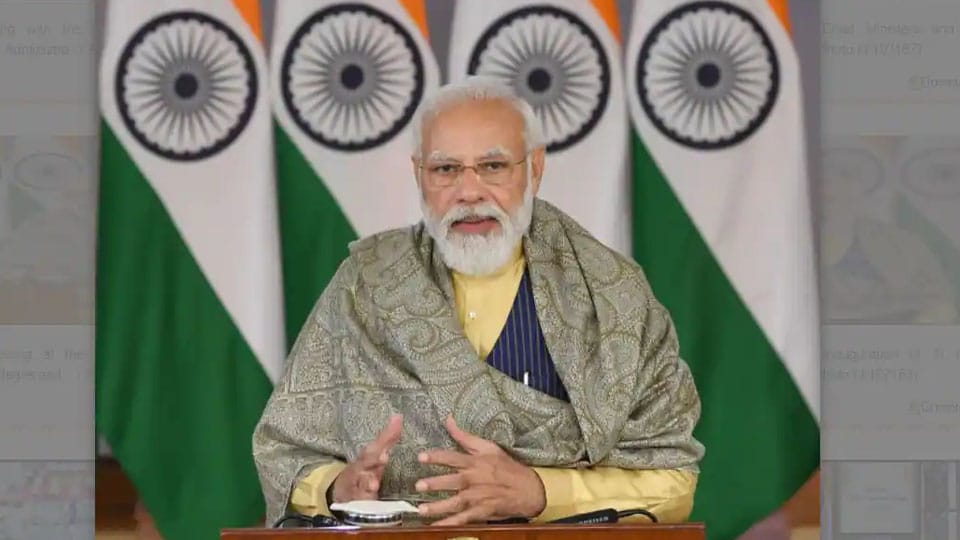 Bommai, who participated in a video-conference, chaired by Modi with Chief Ministers of various States, said, “I explained the measures taken by the Government to control and manage Covid. The PM appreciated the high rate of testing and vaccination in the State which is higher than the national average.”

Modi was also apprised about measures initiated to ramp up the medical infrastructure. “I sought the Central assistance to raise the oxygenated beds and oxygen plants,” Bommai said. The PM praised the use of technology for monitoring the health of those in home isolation, he said.

Modi also instructed to make preparations based on the experience of the first and second wave of Covid, as the pandemic is expected to peak in February.

During the third wave, over 94 percent infected are in home isolation, therefore, the Prime Minister wanted to give priority to ensuring supply of medicines, appropriate care and measures to instill a sense of confidence among the infected, he said.

The Centre suggested ramping up testing, purchase of ambulances and improving medical infrastructure under the Rs. 32,000 crore package it has provided, the CM said.