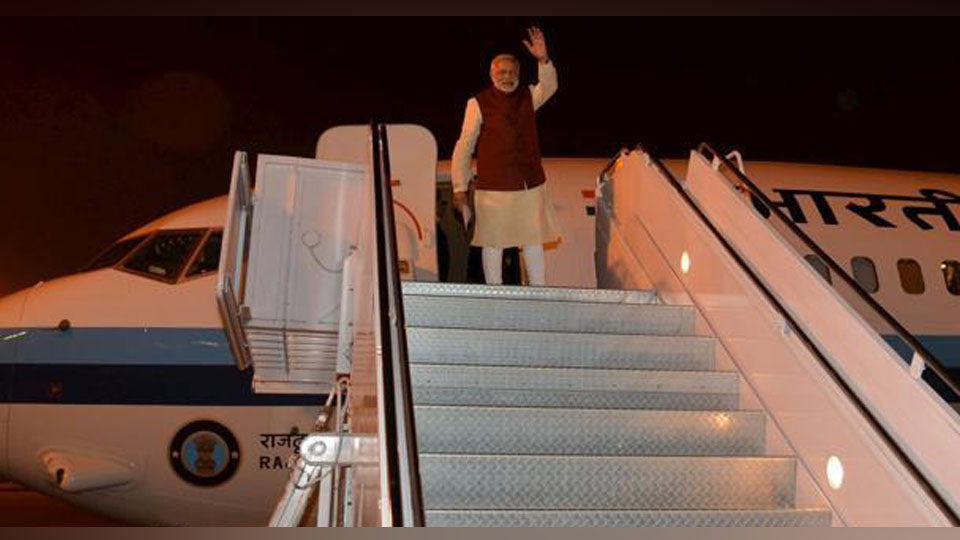 Mysuru:  Prime Minister Narendra Modi will be on a two-day visit to the city from today (Feb.18). He will land at the Mysore Airport in Mandakalli at 11 pm in a special aircraft. Chief Minister Siddharamaiah, Deputy Commissioner D. Randeep and City Police Commissioner Dr. A.S. Rao will receive the PM.

Modi will then reach Hotel Radisson Blu on M.G. Road where he will stay for the night. Meanwhile, as a precautionary measure all arrangements have been made  at the Infosys Campus for his stay if required by the Special Protection Group (SPG).

Tomorrow (Feb.19) at 10.30 am, Modi will be in a live video conference at the Hotel where he is staying. At 12.30 pm, he will fly in a special helicopter from Lalitha Mahal helipad to Shravanabelagola in Hassan District to participate in the 88th Mahamastakabhisheka.

Later, at 3.15 pm, he will land at Maharaja’s College Cricket Grounds where a temporary helipad has been made. Modi will reach the City Railway Station by car and flag off the Udaipur Humsafar Express.

At 3.35 pm, he will drive back to Maharaja’s College Grounds where he will address a public rally and later drive to Mysore Airport and fly out at 4.40 pm in the special aircraft. 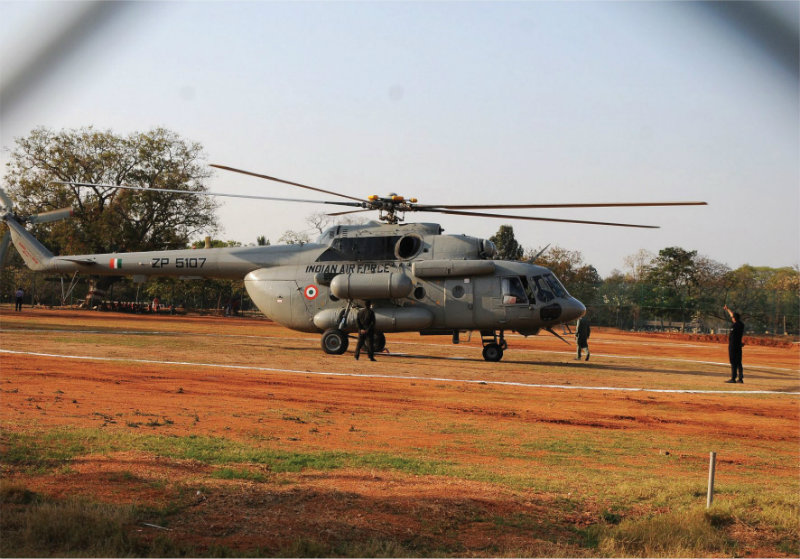 Heavy security: In view of the Prime Minister’s visit to the city, on the direction of  the high-level officers of  SPG and NSG (National Security Guard) there is tight security all along the route that the PM travels. Armed Police are guarding the Airport, Hotel, Railway Station, Maharaja’s College Ground and Infosys Campus. The PM’s route is cordoned off and converted into a zero-traffic zone till he leaves the city.

Route rehearsal: The City Police conducted a rehearsal of the PM’s convoy yesterday along the route.