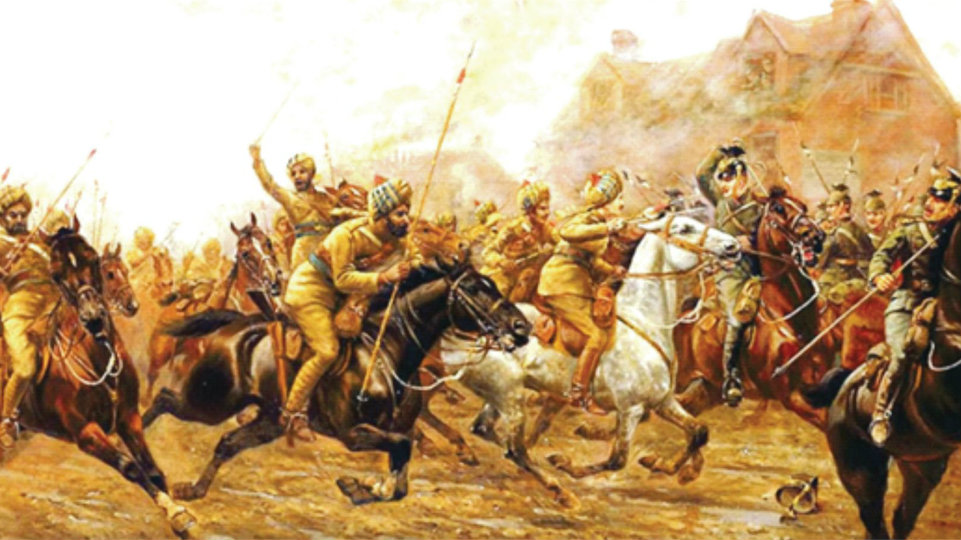 Battle of Haifa: The forgotten heroes of Mysuru

The First World War took place between the Allied Forces (Britain, France and Russia) and the Axis Forces consisting of the Germans, Austrians and the Ottoman Empire. It lasted for four years from 1914 to 1918.

India too being a colony of the British Empire participated in the war. However, the Battle of Haifa that took place on  23rd September 1918 was fought by the 15th Imperial Services consisting mainly of the Lancer Regiments of the Indian Princely States of Hyderabad, Jodhpur and Mysuru.  The soldiers were the personal armies of the Indian Princes. The battle that was fought has been described by historians as one of the fiercest and most daring encounters during the First World War.

My interest to learn about the event came about when our Prime Minister Narendra Modi during his visit to Israel in 2017, laid a wreath at the grave of Haifa where the historical battle had taken place.  The Mysuru Lancers too were a part of the 15 Imperial Cavalry Regiment of the Allied Forces.

The grave at Haifa has the mortal remains of the soldiers who sacrificed their lives during this war. There was a sudden burst of interest to report on the hundred-year-old event that had gathered decades of dust and almost forgotten.

I was both surprised and conscience-stricken on how an event of such a magnitude is least mentioned or celebrated.The Lancer Regiment consisted of men of the very city we live who had displayed phenomenal valour in a place far from home which had a global significance.  While as students we had read about various wars, campaigns, and invasions as part of our study of history, there was no record to enlighten us of the battle of Haifa, an event every Indian should feel proud of. 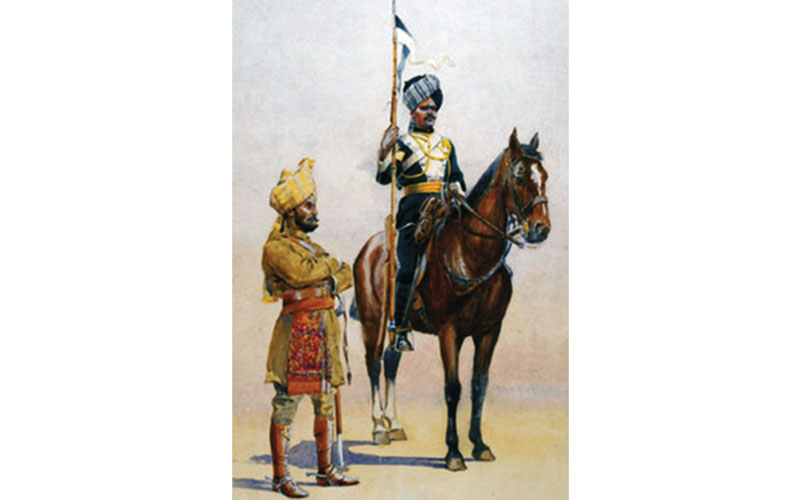 The importance of Haifa

Haifa is a major seaport located on Israel’s Mediterranean coastline in the Bay of Haifa.  It was of great strategic importance to the Allied Forces during the First World War because of its deep water harbour and airfield. Haifa became one of the main supply bases and arms depot serving the Middle East forces. A large naval depot was established at Haifa Bay.

The Ottoman Turks who occupied the area were aware of its strategic importance and the advantage it would give to the Allied Forces if captured.  The Turks heavily fortified the area with both men and weapons to ensure its safety.  An attempt to capture this port was considered suicidal. This explains why a frontal attack was not considered as feasible option by the British.  However, it is a matter of conjecture why the 15th Imperial Regiment consisting of the Indian Lancers to launch a daring attack.  What motivated them to do so?  Was it loyalty to their king or a clever ploy to do the impossible and take the enemy by surprise?

The then King of Mysuru Nalwadi Krishnaraja Wadiyar had handpicked a contingent of about 700 soldiers from his personal army as his gesture of support to the British Empire during the First World War.  Those were the times when the Indian Princely States made extra efforts to please the British masters for their own survival and well-being.

The king also donated Rs. 50 lakh as his contribution to the war.  He even wrote a spirited letter to his men urging them to prove that they were no less than the best fighting units anywhere in the world. In October 1914, the Mysuru Regiment left Bengaluru for Middle East. A convoy of 36 ships carried the troops from India to the Suez.

On hindsight, the decision to launch the daring attack was largely that of the Indian contingent and as a strategic move can now be termed ‘brilliant and unprecedented.’ The attack led by Major Dalpat Singh, considered the Hero of Haifa, not only captured and liberated the Port of Haifa but a total of 1,350 Turkish and German prisoners along with large quantities of arms and ammunition were taken possession.

In comparison to the victory that was achieved, the losses suffered by the 15th Imperial Regiment — 44 dead and 60 wounded — was insignificant. Major Dalpat Singh, who led from the front, was killed in action. The attack by the Indian Lancers has been recognised as the last great cavalry campaign anywhere in the history. In 1922, the British Government decided to recognise the services and heroism displayed by the armies of the Princely States of Jodhpur, Hyderabad and Mysuru.  One of the major thoroughfares in Delhi was named Teen Murti Marg with statues of three soldiers representing the three Indian Princely States.  But with the passage of time, the significance of the monument was forgotten and came to be associated with Mahatma Gandhi.

However, this historical fact was set right when Teen Murti Marg was renamed as Teen Murti Haifa Chowk during the visit of the Prime Minister of Israel Benjamin Netanyahu in January this year. Similarly, the monument erected at Bengaluru too is forgotten and today is in a dilapidated condition.  Though the Indian Army observes 23rd September each year as Haifa Day, there is no other public event to celebrate the victory.

On the contrary, the State of Israel observes 23rd September with greater importance as it was the victory at this battle that was responsible for liberating the country from the Ottoman occupation. It is this victory that resulted in the formation of the State of Israel thirty years later.  This explains the cordial relations between India and Israel since many years.

The Indian contingent returned home in 1920 after participating in other campaigns by the British armies. The Lancers, who returned to Mysuru were accorded a hero’s welcome. There were several sessions to honour them at the Palace and in public places. The Lancers Units were merged with the Indian Army in 1950 and lost their distinct identity. While it is attractive to suggest that Mysuru city should erect a monument to celebrate its heroes, it would serve no purpose unless the memory is kept alive and periodically celebrated.

2 COMMENTS ON THIS POST To “Battle of Haifa: The forgotten heroes of Mysuru”