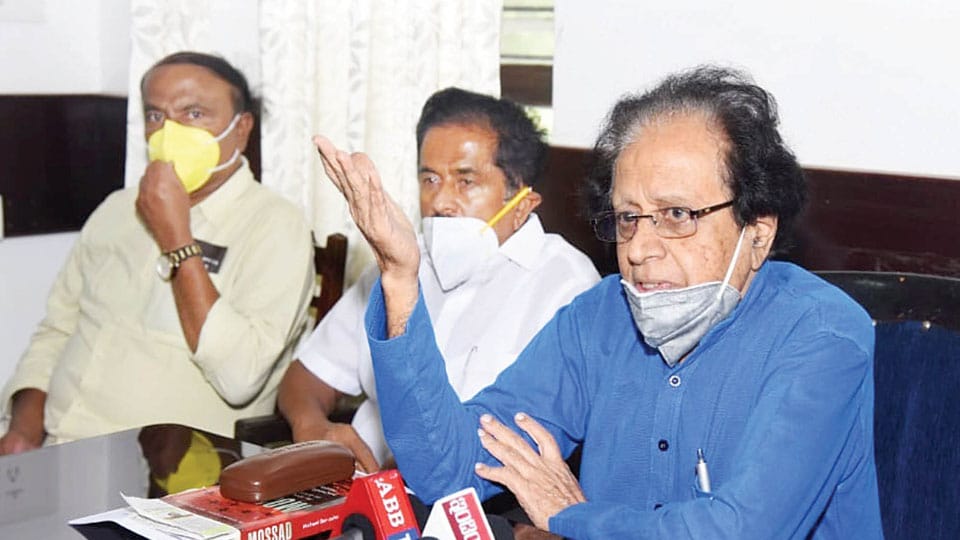 Mysore/Mysuru: Former Minister Prof. B.K. Chandrashekar (BKC) has accused Prime Minister Narendra Modi of not addressing a single press conference in the last seven years only to conceal failures of his Government.

Addressing a news conference at Jaladarshini Guest House here yesterday, he said the PM was afraid to face the media because of which he has not addressed a single press conference since 2014. It was high time that Modi must break the silence to talk on Pegasus spying.

The President of France has already ordered a probe in this regard and the PM of Israel has sought a report, he added.

Prof. Chandrashekar said at a time when the vaccines were not available, the PM wanted to have his picture on the vaccination certificate. Only 5.50 percent of country’s population had been vaccinated. With this speed, it was not possible to vaccinate the entire population by December 2021, he claimed.

He said everything will not become right just because senior BJP leader Basavaraj Bommai has become the CM. An upright officer must be posted to Finance Department, he said.  KPCC Spokesperson H.A. Venkatesh, former MLA M.K. Somashekar and others were present.