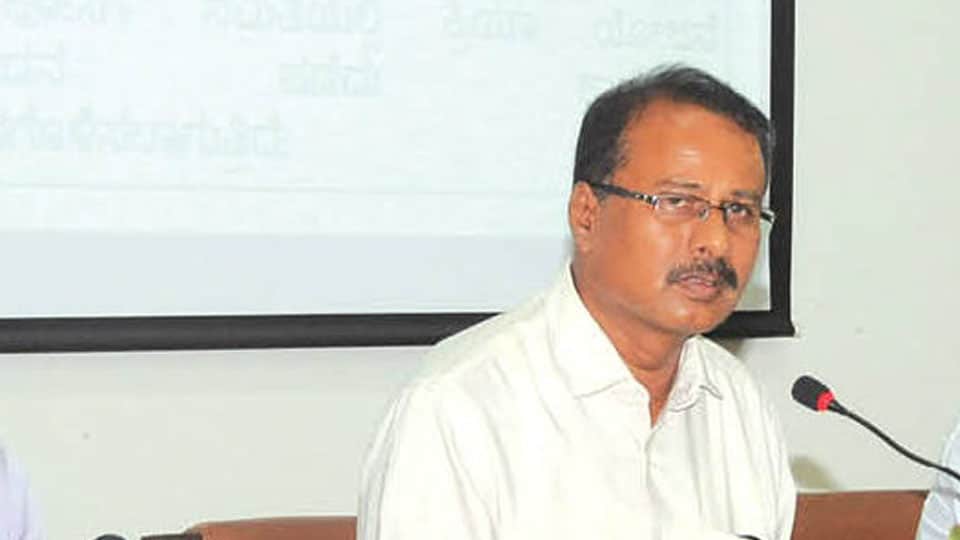 Addressing press persons at Jaladarshini Guest House here yesterday, Dhruvanarayan said that the expectation of people of Karanataka getting more representation in the Union Cabinet has gone wrong despite BJP having 16 out of 28 MPs from the State and added that none of the MPs from the State have been given good portfolio.

Stating that the former PM Manmohan Singh had given good representation to Karnataka, the Chamarajanagar MP said that the BJP MPs were not even in a position to question their leader for neglecting the State.

The RBI has spent Rs. 3,421 crore during 2015-16 and Rs. 7,965 crore during 2016-17 for printing of new currency notes, it has suffered a loss of Rs. 4,544 crore, he said and added that the demonetisation had affected the Small Scale Industry and many people had lost their jobs. He also criticised the Central Govt. for slow downfall  of GDP growth to a 5.7 percent from 7.2 percent.

The Congress party has visited individual houses to highlight the failures of current Government at the Centre and also about that increase in terror attacks ever since Modi Government had come to power, he said and added that PM Modi’s Government had failed to deliver good governance as it was concentrating towards the corporate sector.

All communities represented in State Cabinet

The Congress Government in the State has made sure to give representation to all communities in the Cabinet with 6 members from Veerashaiva community, five Vokkaliga members, Backward Communities, SC/ST, Minorities and others being sworn-in as Ministers.