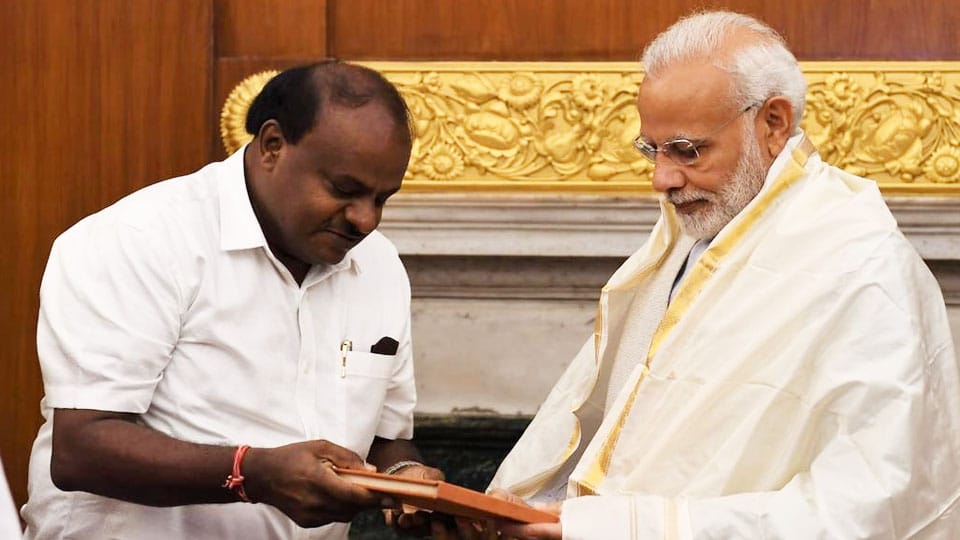 This followed a meeting of a delegation, led by Chief Minister H.D. Kumaraswamy, with the Prime Minister to apprise him of the flood havoc in certain parts of Karnataka.

They urged PM Modi to announce a Rs. 2,000-crore relief package for rehabilitation and rebuilding infrastructure in flood-hit districts.

According to an official release, Modi responded favourably to the appeal. The loss incurred owing to rains in districts has been estimated at Rs.3,705.87 crore. The delegation also explained to the Centre the intensity of drought situation in the interior parts of Karnataka, which received below normal rainfall. A total of 17 districts received deficient rainfall.

The delegation also met Union Minister of Petroleum Dharmendra Pradhan and sought to direct oil marketing companies to release additional LPG connections for Mukhyamantri Anila Bhagya Yojane, which is complementary to Pradhan Mantri Ujjwala Yojna. The MMABY aims at universalising the LPG usage and covering families who cannot be covered under PMUY. In MMABY, the beneficiary family is provided with gas connection, gas stove and two refills free of cost.

Interestingly, none of the BJP leaders turned up for the meeting. “They should have come in the interest of the State,” said Revanna, responding to queries on why none from the Opposition camp were present at the meeting.