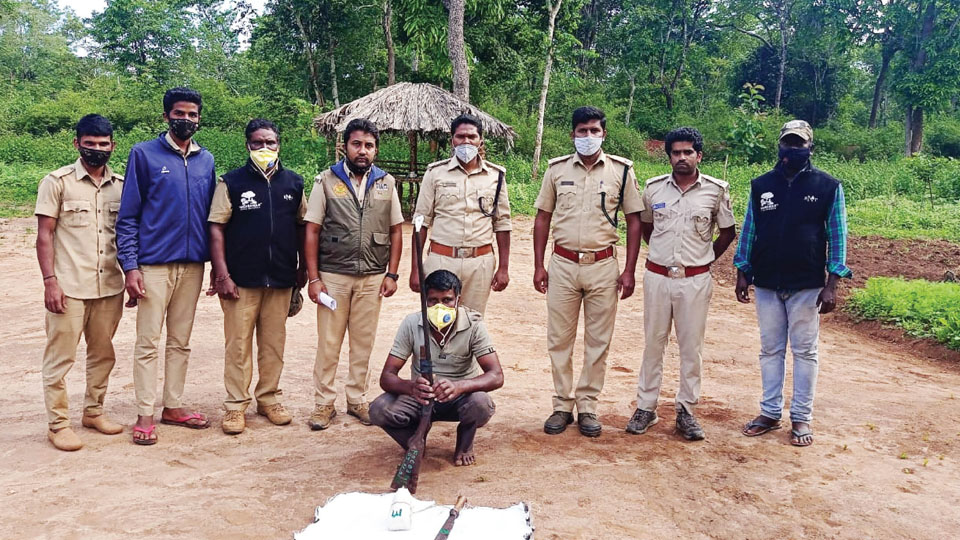 Hunsur: A poacher, who had entered Anechowkur Forest Range in Nagarahole Tiger Reserve of Hunsur Wildlife Division to hunt wild animals has been arrested by the Forest Department officials.

The arrested is 52-year-old Narayana Nayak of Chouthi village in Periyapatna taluk. He, along with three others, had entered into the forest illegally on Sunday night to hunt wild animals.

Meanwhile, Anechowkur Forest officials and staff, who were on their regular beat, saw the poachers and after a chase, caught Narayana near Hunusemarada Kandi on the 6th Ring Road in the forest range, while others fled from the spot. The Forest staff have seized a single barrel gun, plastic bag and a machete from him.

A case has been registered and a hunt has been launched to nab others, who are absconding. Range Forest Officer (RFO) Manohar and Forest Guard Diwakar Lambani and other forest staff took part in the operation.