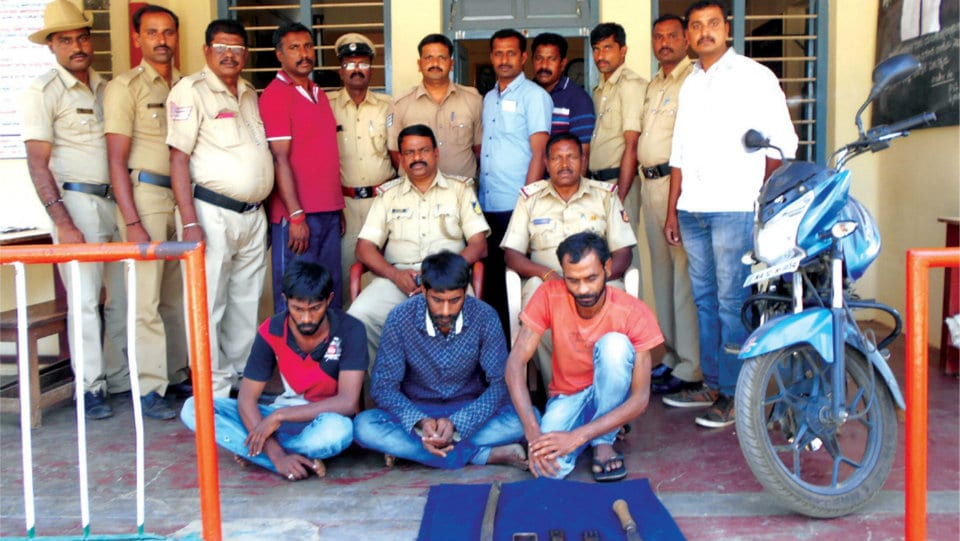 The Bylakuppe Police on Thursday arrested three persons in connection with the assault and looting of a couple at Marur in the taluk recently.

The arrested have been identified as Cariappa, 34 of Basavanahalli in Kodagu, P.N. Satish, 39 of Kushalnagar and N.A. Irfan, 23, of Madikeri while another accused is yet to be traced.

The accused, who forced their entry into the residence of Mallesh and Jayamma couple at Marur late night on Feb.12, assaulted the couple with lethal weapons and looted Jayamma’s jewellery and cell phones.

The Bylakuppe Police, who began investigation, arrested the three and recovered a motorcycle, a machete, a stick, torch, a helmet and gold jewellery from them. The Police are on the look out for the fourth accused, who has gone absconding.