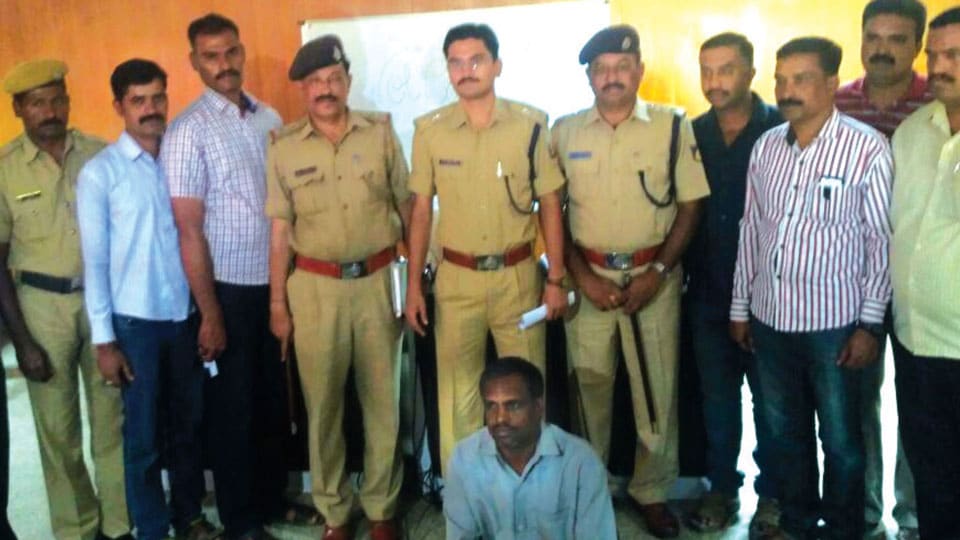 Chamarajanagar Police have arrested Mohan Kumar, 32, of Upparabeedhi, a bar-bender by profession who is accused in setting ablaze the ‘Dodda Ratha’ of Sri Chamarajeshwara Temple recently. Disclosing this at a press meet here on Thursday, SP Kuldeep Kumar R. Jain said that the Temple Executive Officer Manjesh had filed a complaint before the Town Police alleging that the Dodda Ratha had been set on fire on midnight of Feb.18 resulting in damages to the chariot.

He further said that based on CCTV footages captured by cameras fitted around the temple, Mohan Kumar was taken  to custody on Feb.22 and interrogated.

Continuing, the SP said that Mohan Kumar confessed to the crime stating that he had set ablaze the old Ratha so that a new one could be arranged for the Rathotsava. He further said that the accused himself had alerted a couple of auto drivers over the blaze and went home.

The SP opined that the accused might have committed the crime alone but did not rule out participation of others which too would be probed.