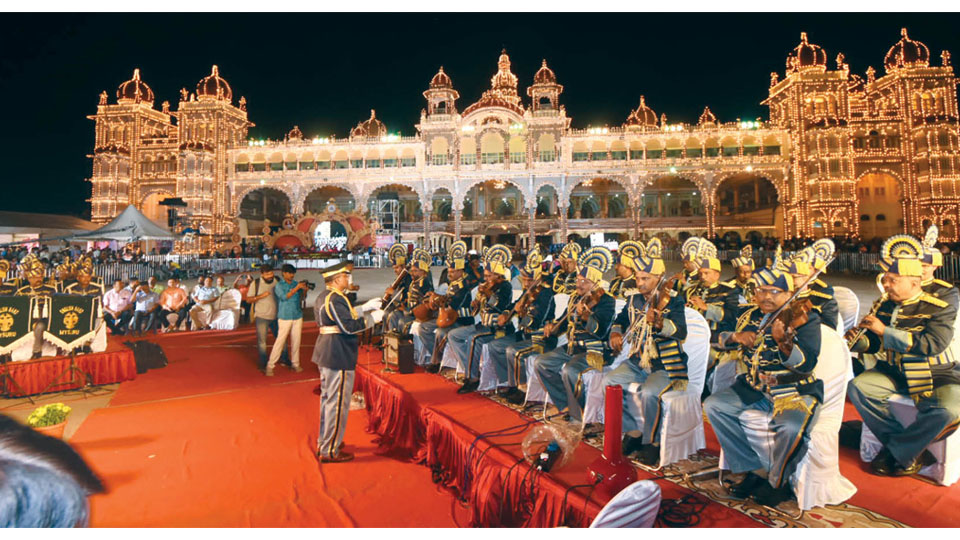 Mysore/Mysuru: The Karnataka Police Band performance was a huge hit on the sixth day of Dasara cultural programmes at Mysore Palace on Saturday, with the crowd treated to the sound of music that flawlessly flowed by the performers of the band to multiple songs and tunes.

The tunes of English and Karnatak music played by the Police Band regaled the audience, with Home Minis-ter Araga Jnanendra and other dignitaries in attendance. A separate dais was erected in front of the Palace for the Police Band performance. The event began with Vijaya Bharati Kruti. Later, the band performed ‘Gangotri’ kruti, popular Kannada and Hindi songs such as ‘Meri Desh Ki Dharti..’, ‘Saare Jahaan Se Achha’, ‘Apaara Keerti Mereda Bhavya Naadidu’ etc.,

After the conclusion of the performance, shields were presented to the winners of various contests held un-der Big Band, Medium Band etc., categories.