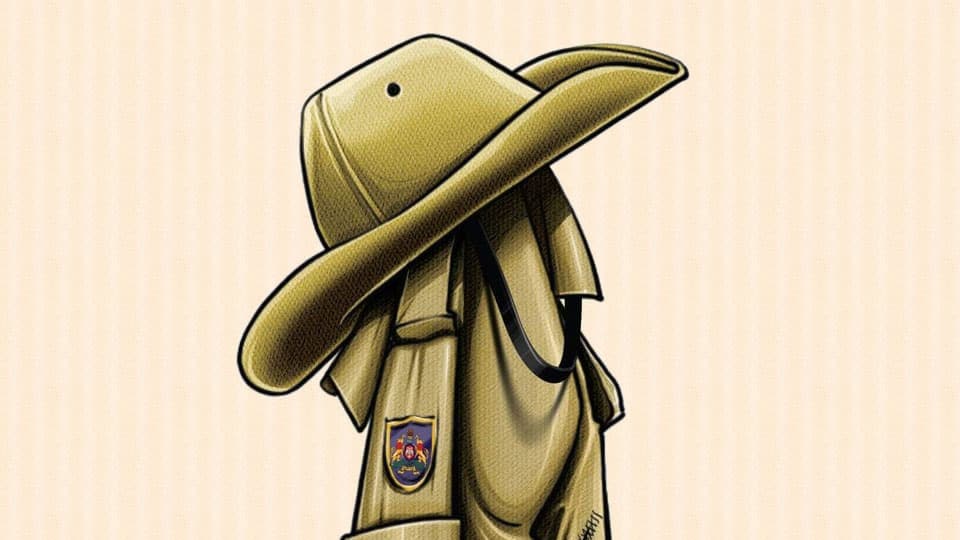 Kollegal:  A Police Constable, who was returning home on his bike after finishing his duty, died after falling from his bike yesterday early morning.

The deceased is Siddaraju, a Constable (Crime Division) at the Rural Police Station and a resident of R.S. Doddi in Hanur.

Siddaraju, who was on duty on Dec.31 night, was returning home in the early hours of Jan. 1 on his bike, when he lost control of his bike near Anagalli and fell down. Siddaraju, who suffered serious injuries, died on the spot.

The Police, who rushed to the spot, have taken further steps.