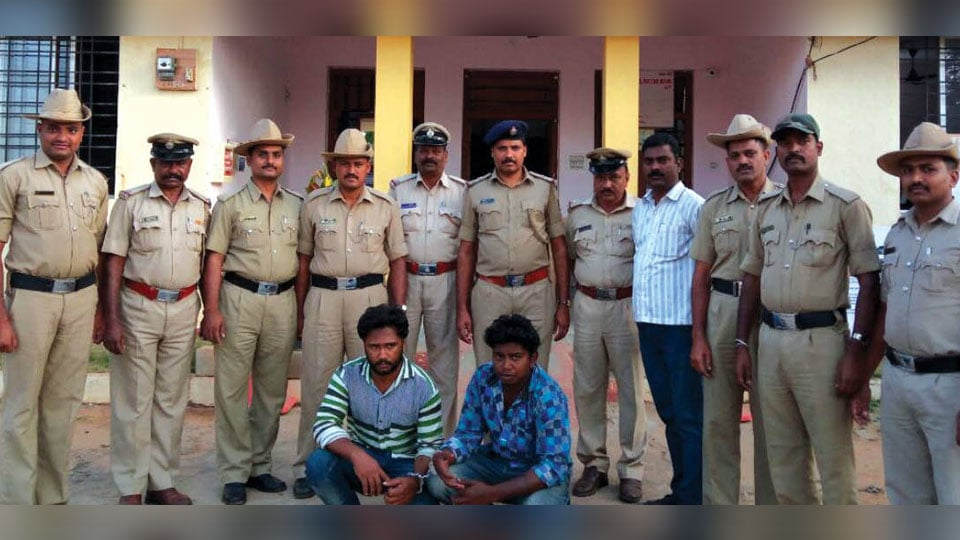 Assault on man for making culprits cough up fine

Mysuru: Yelwal Police have arrested two persons, who had gone absconding after brutally assaulting a person, who had made them cough up fine for running over a chicken. The arrests have been made within 24 hours of the crime.

The arrested persons have been identified as 24-year-old Pavan and 23-year-old Puneet of Anandoor in Yelwal hobli here. Yelwal Police had registered a case under IPC Section 307 against the accused.

The duo had assaulted 40-year-old Manjunath, a resident of Anandoor village with lethal weapons and had gone absconding. Manjunath, who is being treated at a private hospital here is said to be critical.

A team of Yelwal Police, comprising SI Ganesh, ASI Puttaraju, staff Dhananjay, Girish and Manju, who were behind the accused, arrested them yesterday morning at Biroor Railway Station near Kadur.