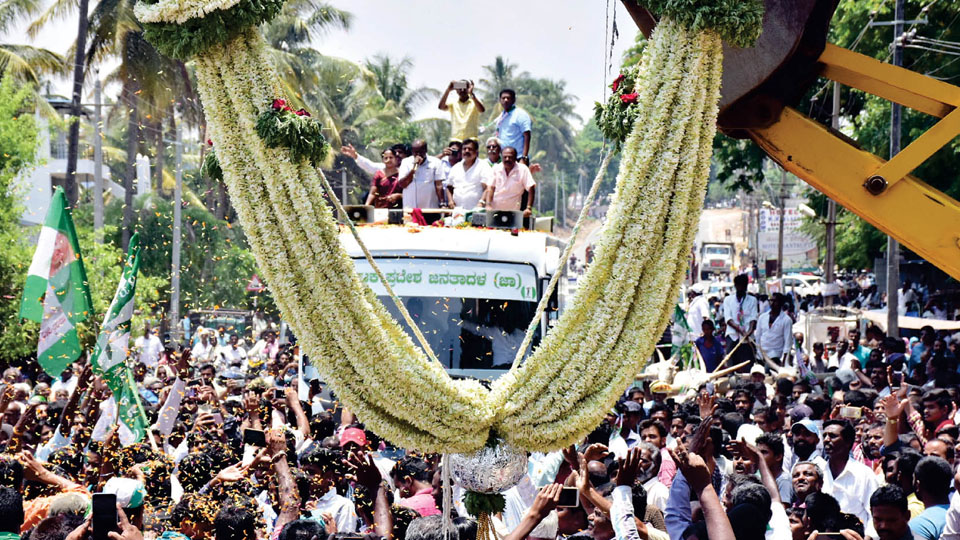 Striking an emotional chord, Yash appealed the voters to elect Sumalatha with a huge margin to uphold the self respect of the people and pride of Mandya. “Sumalatha is the daughter–in- law of Mandya. People should respect Ambarish, known as ‘Mandyada Gandu’ who made Mandya famous by his cinema career and became famous as like ‘Maddur Vada across the nation,” he said.

Fans of both the actors welcomed them by garlanding and showering flower petals and bursting crackers.

Kumaraswamy, who arrived on a specially designed hi-tech luxury bus  ‘Vikasa Vahini’ for election campaign, also sought votes for his son Nikhil at various villages of Srirangapatna taluk accompanied by local MLA Ravindra Srikantaiah and others.