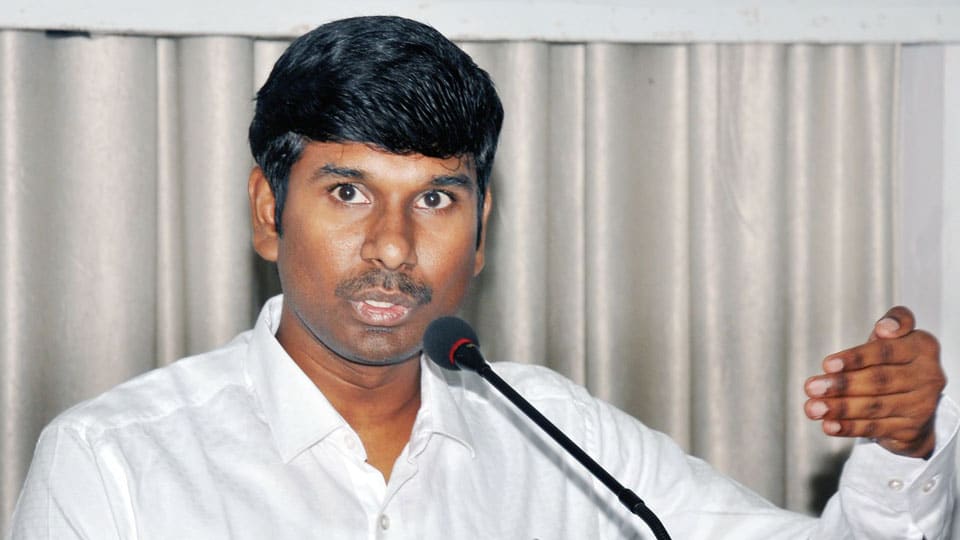 Mysuru: It is exactly a week since the elections to the keenly-awaited Karnataka State Assembly was announced and already electoral officers have started cracking the whip. Till now, 144 raids have been conducted for violation of Election Model Code of Conduct that came into force the moment the election date was announced (Mar.27). Twenty-nine people have been arrested and 21.05 litres liquor seized. Besides, nine cases have been registered against officials who were working for a particular party.

Disclosing this to the media here this morning at his office, Deputy Commissioner and District Election Officer K.B. Sivakumar said that the District Administration was fully geared up for the forthcoming Assembly elections to be held on May 12.

With regard to the complaint against BJP National President Amit Shah visiting the house of slain RSS worker Raju during his Mysuru tour recently and announcing compensation from party funds for Raju’s family, Sivakumar said that Election Commission of India (ECI) had written to them about it. A Police complaint had also been filed.

“We have taken cognisance of the Police complaint and also spoken to the family of Raju and we have sent a report to the ECI in this regard,” he said.

He said that two days ago, one kilogram of gold ornaments including earrings and finger rings, which were being taken to a village were seized at the check post in H.D. Kote. So far, 26 complaints had been registered and out of that, 19 cases have been disposed of.

There are a total of 11 Constituencies in Mysuru District and there are 2,687 polling stations and 173 with auxiliary status. In all the polling stations, 19,327 polling personnel have been deployed, said Sivakumar.

In all, 210 Model Code of Conduct teams have been formed and there are 124 static surveillance teams deployed at 49 check posts. There are 93 flying squads, 7 Excise check posts and 209 sectoral officers for election duty, he said.

Four FIRs have been registered, one each in H.D. Kote, Varuna, Chamundeshwari and Hunsur constituencies. Offices have been set up for Returning Officers (RO) in all the taluk offices. Meetings have been conducted with the leaders of political parties regarding the Model Code of Conduct and its violations, he said.

A single window system has been set up in all RO offices so that political parties when they apply for road shows or campaigning, the rates fixed will be collected and permissions from the Departments concerned obtained and given to them for the smooth conduct of campaigning, said Sivakumar.

“Meanwhile, the training for the Election Officers is still going on at the Zilla Panchayat office today also and we are happy to note that no untoward incidents have been reported in the past one week except for a few minor ones,” he said and added that the District Administration was fully prepared to conduct the elections smoothly.