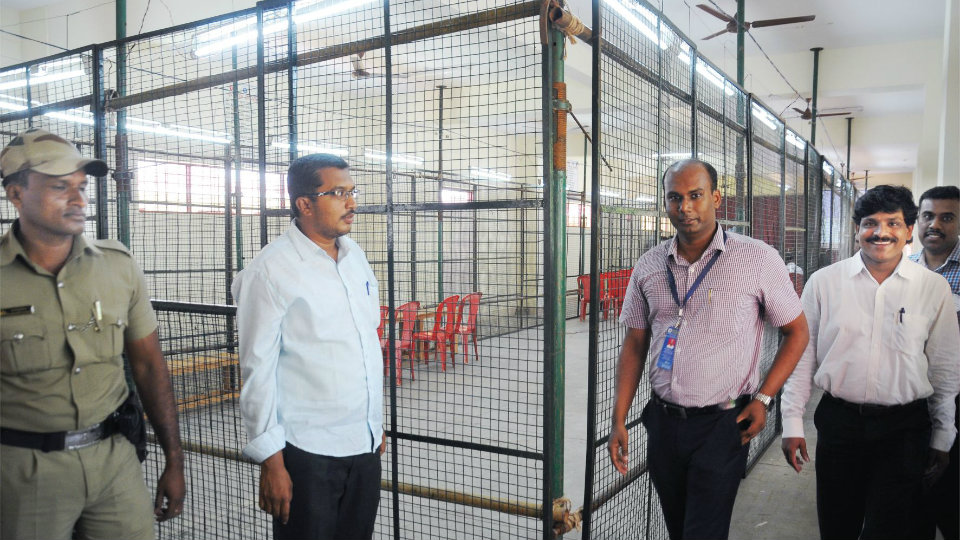 Nanjangud – The results for the Nanjangud and Gundlupet by-elections, the voting for which was held on Apr. 9, will be announced tomorrow. The counting will start at 8 am and the first trends are expected to come by 10 am.

The Electronic Voting Machines (EVMs) and control units and Voter-Verified Paper Audit Trail (VVPAT) units will be brought out of the strong rooms at 8 am and the actual counting process is likely to begin at around 8.30 am.

The by-elections are a precursor to Karnataka’s Assembly elections in 2018. Both Congress and BJP have thrown their might in these elections. As many as 236 EVMs and VVPAT units were used for the Nanjangud election. The results are likely to be out by 12 noon.

The district administrations of Mysuru and Chamarajanagar have made elaborate arrangements to make the counting process smooth. Counting for Nanjangud by-poll will be conducted at JSS First Grade College on the Deveerammanahalli Village Road in Nanjangud. 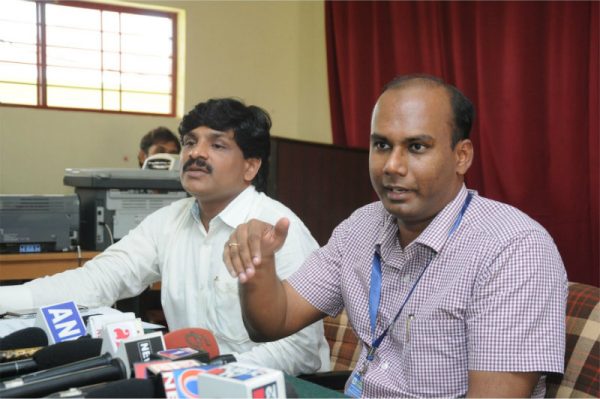 Explaining the measures to maintain security, the DC said that candidates and their supporters have been barred from celebrating victory and indulging in provocative speeches and insulting the defeated candidate. Only authorised persons have been allowed entry inside the 200 metres boundary of the counting centre. All the authorised persons including the candidates and their agents must have valid identity cards to enter the counting rooms.

Section 144 has been imposed around the counting centre and there will be no opportunity for the political leaders to provoke people in the name of caste and religion. Strict action will be taken against people indulging in rioting. The sale of liquor has been banned in Nanjangud taluk from today midnight till tomorrow midnight.

The winning candidates and their supporters have been barred from displaying and burning of effigies of rival party leaders. They have also been ordered not to burst crackers in public places. While personnel of Central Paramilitary Forces are providing security in the inner perimeter, the outer perimeter is being monitored by the State Police.