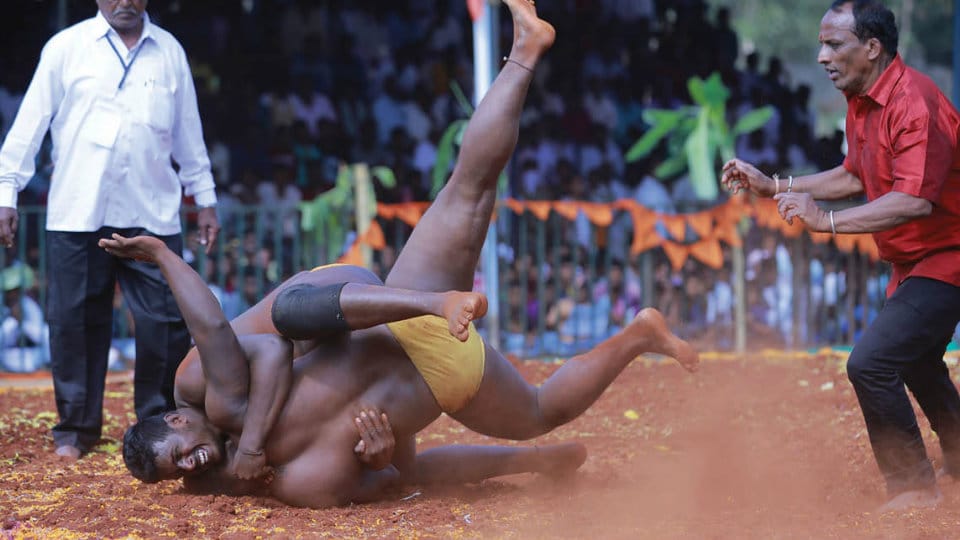 Two hours wrestling at Suttur Jathra ends in a draw

Nanjangud:  The wrestling bout, organised as part of Suttur Jathra Mahotsava at Suttur yesterday saw Pailwan Rahul Shapuri of Kollapur and Pailwan Siddappa of Kalaburagi in a tight fight for ‘Suttur Kesari’ award. Despite both the wrestlers sweating it out in the arena for two hours, the bout ended in a draw.

In the bout between Pailwan Chandan of Mysuru and Pailwan Bharat of Udbur for ‘Suttur Kumar’ award, Bharat defeated Chandan and bagged the award.