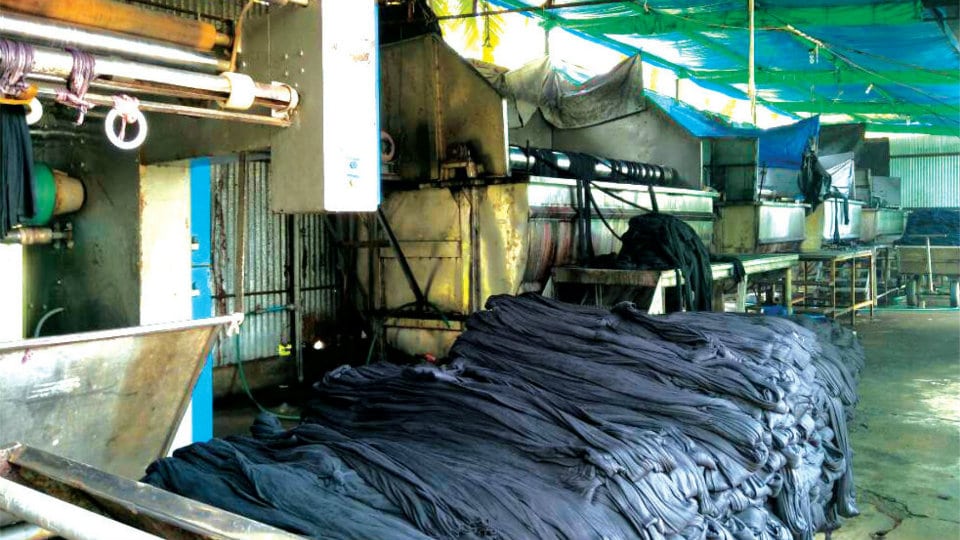 Mysuru: Pollution Control officials, who raided three illegal dyeing units in city on Wednesday, have seized a total of 10 tonnes of cloth materials from these units.

It is reported that one Nataraj, a native of Tamil Nadu, after taking the land belonging to one Marigowda on lease in Kalalawadi on H.D. Kote Road, was illegally operating a dyeing unit there.

Though the Pollution Control officials had served him a notice, Nataraj hoodwinked them by stopping the works during daytime to convince the officials that he had stopped the activity, but used to operate the unit during nights.

Acting on a tip off, Environmental Officer Raghuram, along with his team, raided the illegal dyeing unit on Wednesday. Following the raid, the workers fled from the spot.