Home » News » Ponnampet Taluk to be launched in April 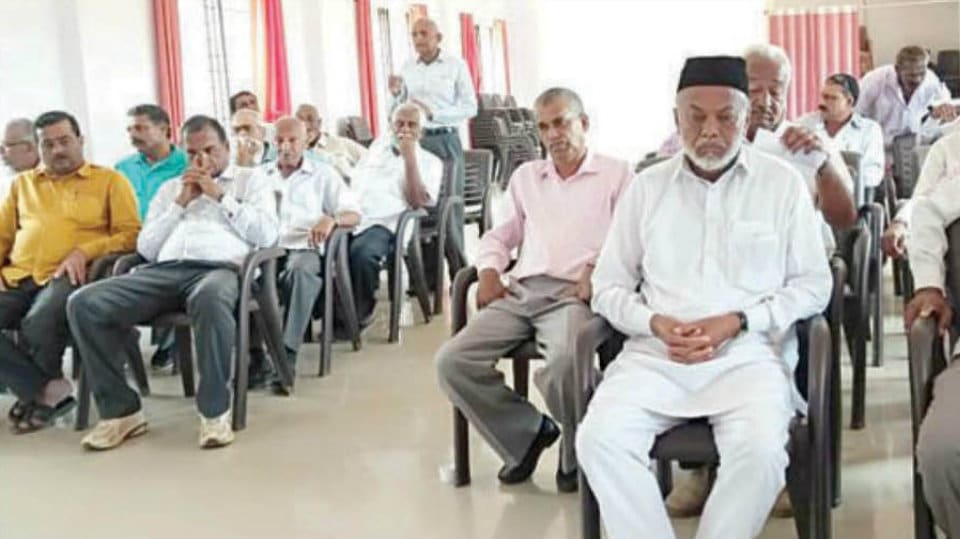 Ponnampet Taluk to be launched in April

Gonikoppa: A year after the previous JD(S)-Congress Coalition Government, headed by H.D. Kumaraswamy, announced the formation of 12 new taluks in the State, including Ponnampet and Kushalnagar in Kodagu district, the Ponnampet Taluk Action Committee and the Citizens Committee have jointly decided to bring Chief Minister B.S. Yediyurappa for the official launch of Ponnampet taluk in April.

At a meeting held at Ponnampet’s Kodava Samaja yesterday, Ponnampet Taluk Action Committee Working President Arun Machaiah said that there has been a delay in the launch of the taluk due to administrative procedures as there is a proposal to cover 21 Gram Panchayats in Ponnampet taluk.

However, it has been decided to consult the District Administration and fix a date in April for the inauguration of the new taluk by Chief Minister B.S. Yediyurappa.

Pointing out that the inauguration programme would cost about Rs.4 lakh, he said that the construction of the new building and purchase of furniture should be taken up using Rs.25 lakh that the Government is going to release shortly. It  is also decided that the new taluk should function from the Food and Civil Supplies Department building, he added.

The Action Committee Convenor Machimada M. Ravindra said that talks have been already held with the Deputy Commissioner  regarding the inauguration programme.

The meeting also condoled the death of Citizens Committee Secretary M.A. Appaya, who passed away recently.