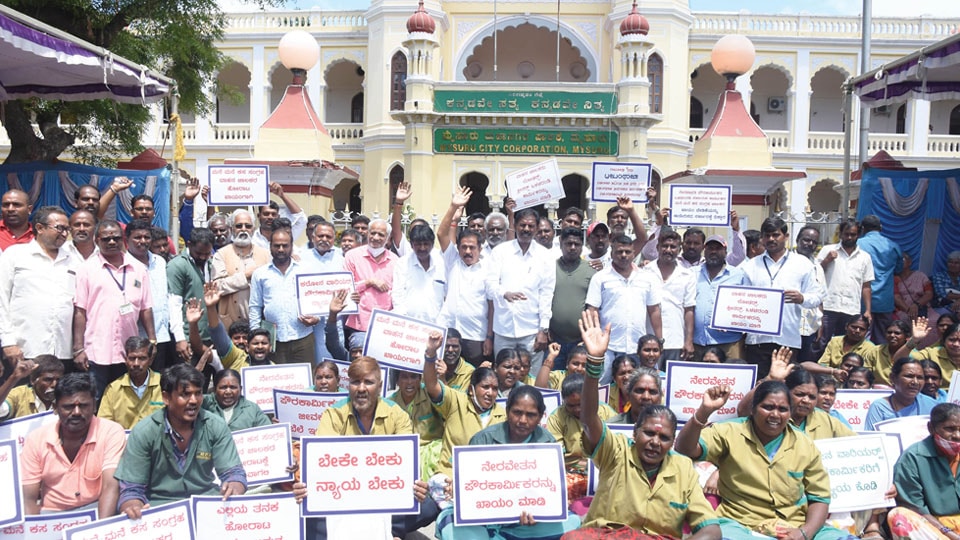 Addressing the protesters, MCC Permanent and Contract Pourakarmika Association President N. Mara said that Pourakarmikas have played a major role in Mysuru getting the cleanest city tag. But the Government is totally negligent on the demands for regularising the service of contract Pourakarmikas, he alleged.

Wanting the Government to abolish the contract system, Mara maintained that though Pourakarmikas have been brought under direct payment system, their service has not been regularised and as such they are deprived of Governmental benefits.

Asserting that Pourakarmikas have been asked not to return to work until their main demand of regularisation of service is met, he said that the indefinite stir will continue till the Chief Minister agrees to their demands.