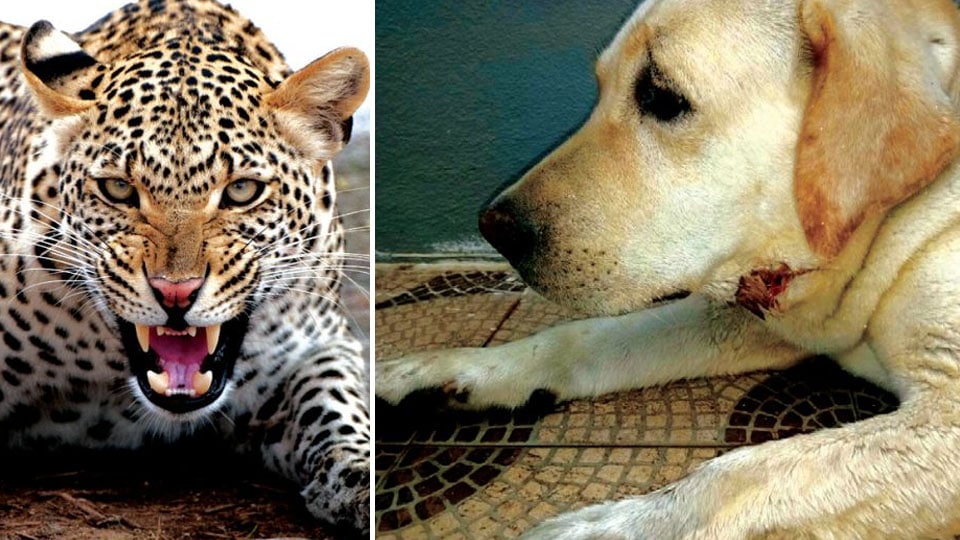 Power of courage and barking…: Pet dog chases away leopard

Mandya: A Labrador pet dog has become an overnight hero at K.R. Pet near Mandya for chasing away a leopard. The leopard had created a sense of fear in the area and residents were living under constant threat.

According to villagers, the leopard had terrorised Lakshmipura village in K.R. Pet and on Thursday night, it strayed close to human habitat inside the village. Spotting the leopard near his house, Ruby, the Labrador, gave it a chase. In the process, the leopard bit Ruby’s neck in an attempt to kill it. Ruby, however, managed to escape and successfully drove the feline away. 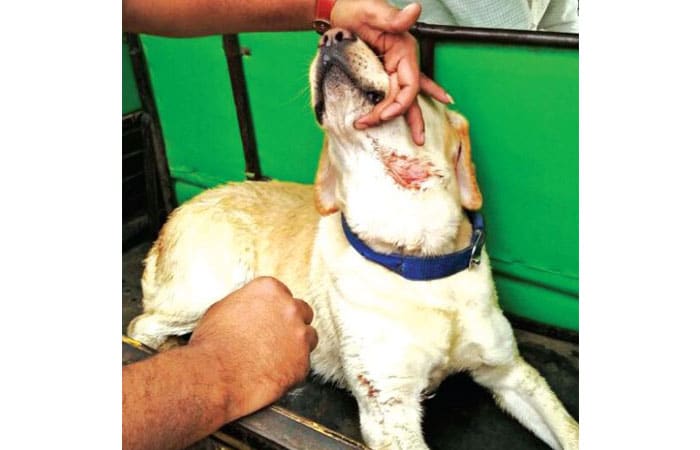 Pet owner R. Arun, son of Rangaswamy Gowda, said that the leopard had entered the village at 11 pm searching for food. The Labrador sensed danger and started to bark continuously.

He said that as his pet was barking constantly, the family came out of the house only to see Ruby confronting the leopard. After some time, the leopard vanished in the dark. Arun said that there are bite injuries near Ruby’s neck. Pug marks were also found in different parts of the village.

Following the incident, the villagers have demanded that the Forest Department to initiate measures to put an end to the man-leopard conflict in the region.