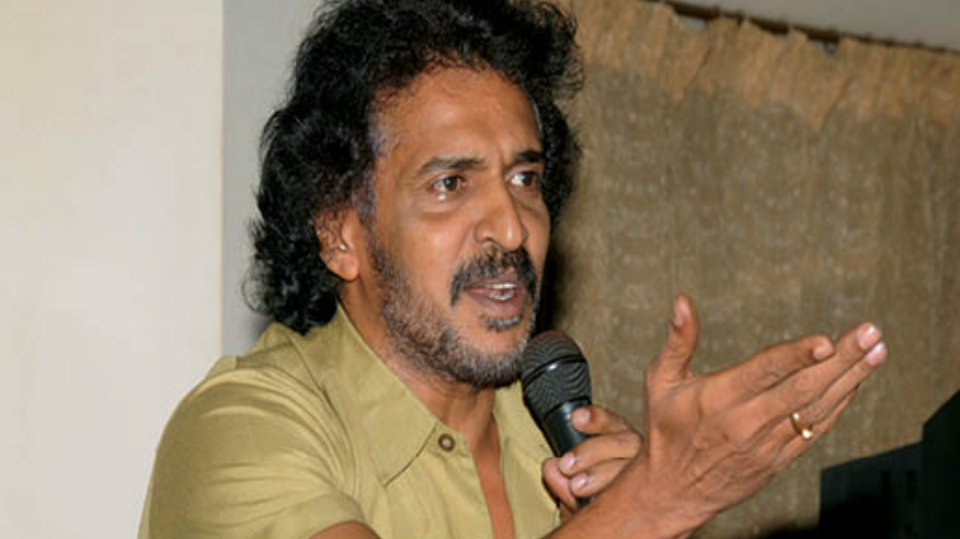 Mysuru: “We intend to provide transparent governance without corruption along with evolving a cash and caste-less politics” said Actor Upendra and Founder of ‘Prajakiya Paksha.’

Addressing a press meet at Pathrakartara Bhavan here yesterday, Upendra pointed out that the people desire a thorough change which could be made possible only through optimism and effort. He opined that service to people should be through good knowledge and planning and not through casteism. He observed that politicians slinging mud against each other was of no use but instead they should work for development of the State.

Referring to the election process Upendra said that people who shy away from voting because of casteism in politics should be brought to the front and groomed as leaders. He added that the educated, knowledgeable and wise should be given an opportunity to enter politics. He said that politicians should not be allowed to meet the voters only once during election but the interaction should be regular and meaningful and not for record or publicity-sake.

He further said that leaders of film industry have supported the new party but have not expressed desire to join.