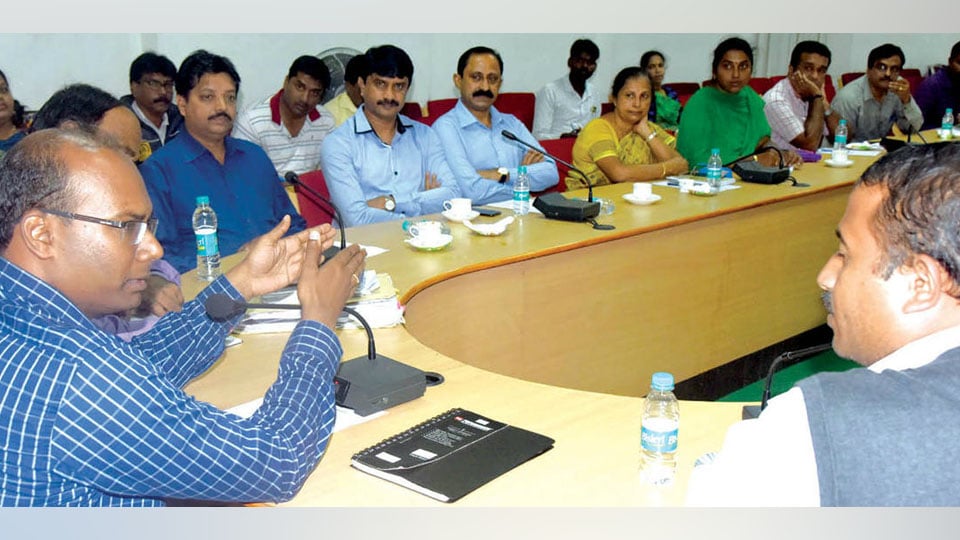 Mysuru: Spending winters in Mysuru will be much more fun as the Mysuru District Administration is all set to launch the Mysuru Winter Festival for the first time this year. The authorities have planned a host of events from Dec. 23 to Jan. 1 at various locations to attract tourists to the City of Palaces. DC D. Randeep held a meeting with the officials at his office here yesterday and discussed about the upcoming festival.

This year’s winter festival will feature a ‘Open Street Festival’ on Christmas Day similar to the one held during Dasara. For the doll lovers, there will be a display of variety of dolls at the Mysore Palace. The administration will invite people,  who won prizes for their display of dolls during Dasara, to arrange dolls at the Palace as well. Mysore Palace Board Deputy Director T.S. Subramanya informed during the meet that the dolls exhibition will be held under the supervision of R.G. Singh of Ramsons Kala Pratishtana and Srikanth.

This year’s winter festival includes a three-day Children’s festival from Dec.23 to 25, a Cake festival and a bicycle ride to the historical monuments from Dec. 26 to 28. Cultural programmes have been organised in the evening.This year, the District Administration has decided to build the floral replica of Srikanteshwara Temple of Nanjangud as the main attraction for the Flower Show in the Palace. There will also a display of decorated and illuminated ‘Christmas Tree.’

Addressing the meeting, Tourism Deputy Director Janardhan said that the department would organise a 10-day cultural programme similar to that of Dasara events.  This apart, the Department of Information and Public Relations will organise film festival where award winning Kannada, Hindi and English movies will be screened at Maharaja College Grounds based on Drive-in-Theatre concept. Hotel Owners Association President C. Narayana Gowda, Mysore Travels Association President B.S. Prashanth and officials of various departments were present  at the meeting.