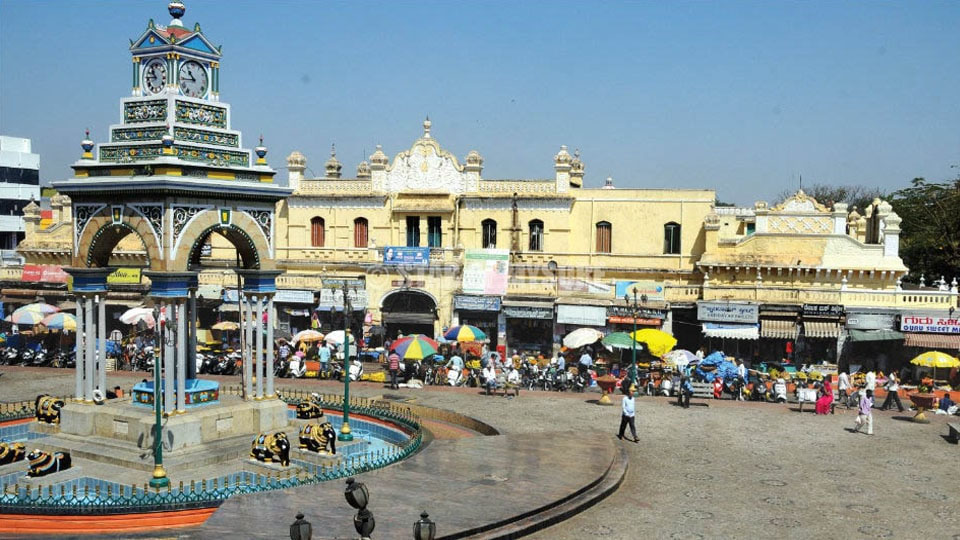 Mysuru: Member of erstwhile royal family Pramoda Devi Wadiyar Pramoda Devi Wadiyar has once again opposed the plan to demolish the century-old Devaraja Market. Speaking to media persons at Hotel Radisson Blu this afternoon, she said that the Market can be retained by taking up expert renovation works.

“Demolishing the Market citing the reason of traffic congestion cannot be accepted. There are several measures to ensure that goods purchased in the  Market reaches customers. I had visited the Market about eight months back and I feel that it has still got enough strength to be conserved for many years, she added.

Stating that Devaraja Market was the model plan for all existing malls, Pramoda Devi added that it would be good to retain the structure. She added that the final decision was left to the State Government.

When asked on simple Dasara celebrations announced by the State Government, Pramoda Devi said she had never heard of a simple Dasara. “Dasara Jumbos have already arrived in city and once they have come, it can’t be a simple Dasara. We (royal family) will celebrate Dasara as per traditions and customs, she said.