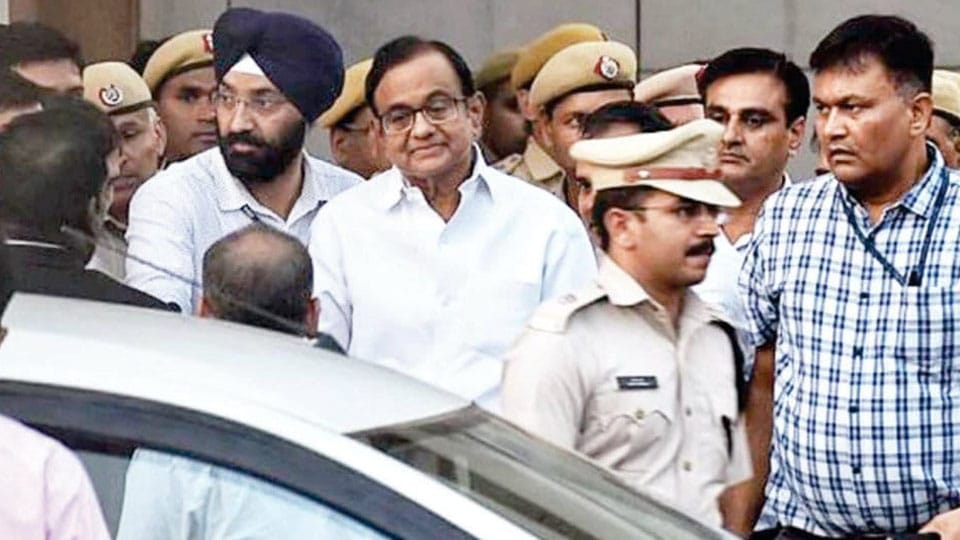 Jail food (lunch and dinner) includes a bowl of dal, one of the vegetables and 4 to 5 chapattis

New Delhi: Former Finance and Home Minister P. Chidambaram would be spending his next three nights in the plush CBI headquarters on Lodhi Road during the Police remand but his stay in his expected judicial custody would be rather harsh.

“We are not concerned with the period of CBI or ED custody. We are making preparations for his judicial custody, as he is expected to be lodged in Tihar, as per the jurisdiction,” said a senior official of the Tihar Jail, considered the biggest prison complex in Asia.

Sources said as of now, Chidambaram, if not granted bail in coming weeks, would be lodged in Jail No. 7 meant for economic offenders. As Jail No. 7 has a few tightly-packed wards and a couple of cells, smaller in size, the administration can vacate a barrack to accommodate Chidambaram. Besides economic offenders, the accused involved in crimes against women, including molestation cases, are also kept in Jail No. 7.

As per jail manual, inmates sleep on the floor but senior citizens are provided a ‘wooden takht’ without a mattress. Sources said after a medical test, Chidambaram, 73, would be provided this to sleep. He will have to eat food prepared in the jail.

The food (lunch and dinner) includes a bowl of dal, one of the vegetables and 4 to 5 chapattis. In case Chidambaram, reportedly fond of south Indian meals, does not eat food prepared in the jail, then he reserves the right to order snacks cooked in the jail canteen.

The jail can provide extra facilities, if the accused procures any Court order in his favour. Those undergoing trials can be provided clothes by their family. In case intelligence reports suggest a high threat perception for India’s former Home  Minister who took several initiatives after the 26/11 Mumbai terror attack, Chidambaram could be shifted to Jail No. 1 which has an increased deployment of Tamil Nadu Special Police, guarding the outer periphery of security layer in Tihar for the last three decades.

Jail No 1 has an exclusive kitchen attached to the wards and also has western style toilets. Regarding the food, an official said: “Food remains the same as served in the rest of jails in Tihar.”