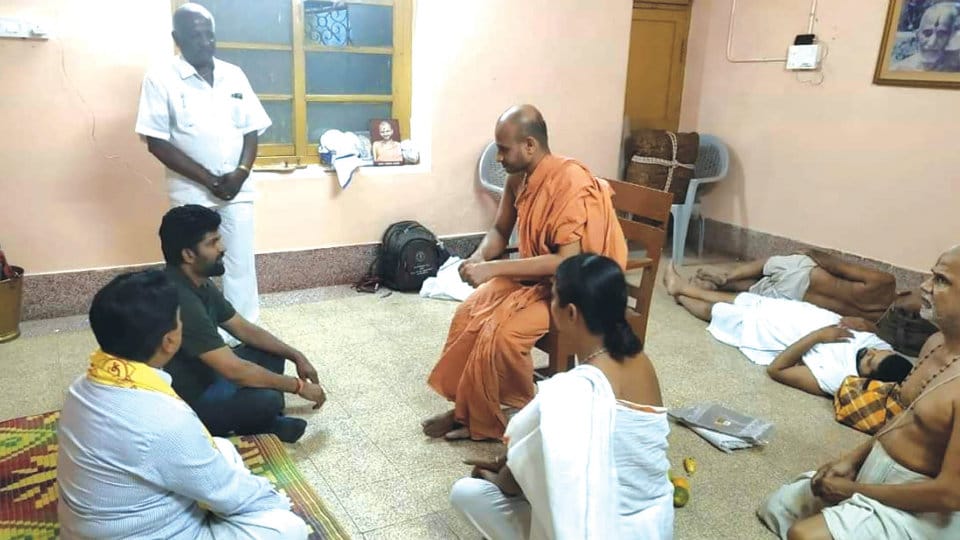 He had a discussion with local leaders and sought support for BJP. Speaking near Marigudi, Pratap Simha asked voters to vote BJP so that he could complete the pending development works.