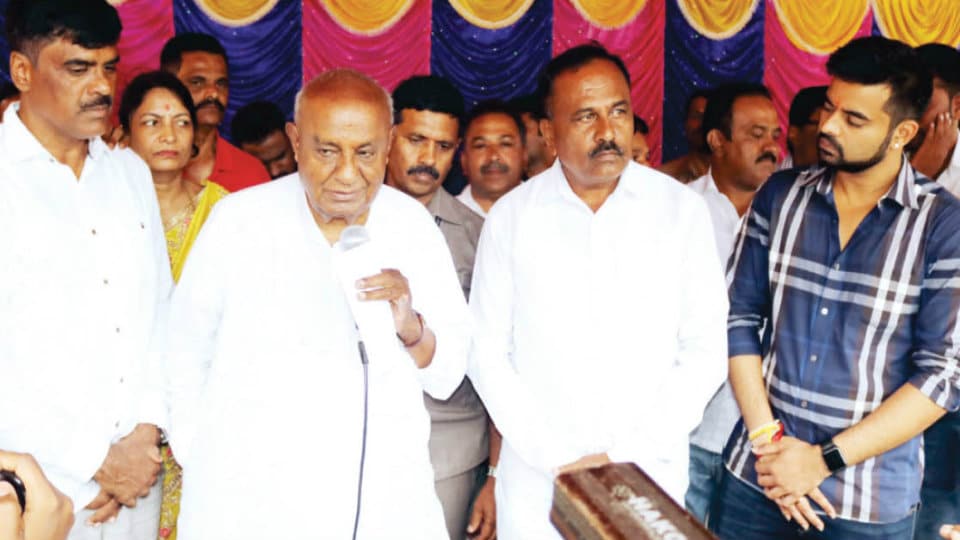 Belur: JD(S) supremo and former PM H.D. Deve Gowda launched the poll campaign for his grandson Prajwal Revanna, who is contesting from Hassan LS seat, by performing puja at the town’s Chennakeshavaswamy temple on Tuesday.

He later visited several villages in the taluk amid the scorching sun and sought votes for his grandson Prajwal, son of PWD Minister H.D. Revanna.

The former PM said that he was not contesting from Hassan this time and Prajwal was fielded due to pressure from party legislators and leaders of Hassan.

Maintaining that Prajwal would become a good Parliamentarian if elected, he sought people’s support for Prajwal.

Wondering whether he (HDD) himself was not a Hindu, Deve Gowda maintained that being a Hindu, he would treat other religions equally and take everyone into confidence in nation-building.