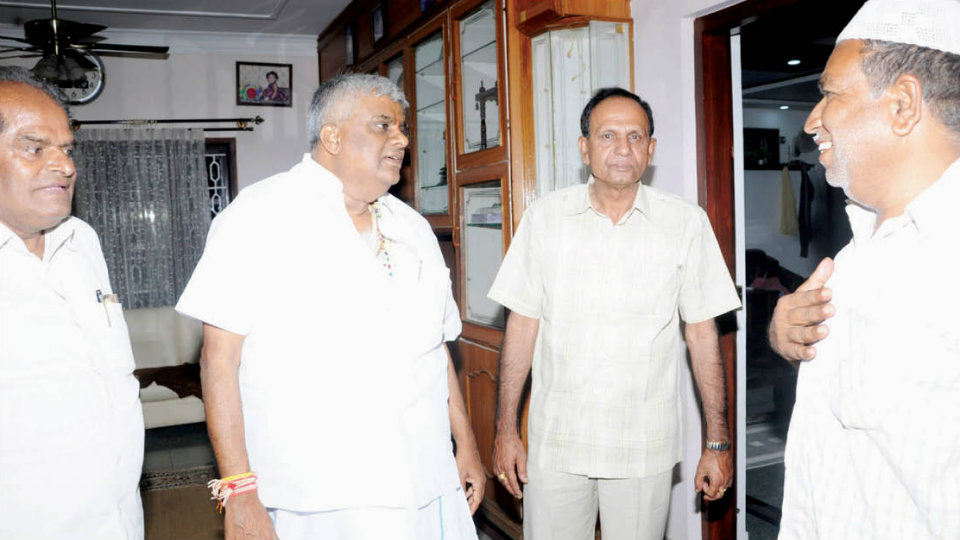 Speaking on the occasion, Revanna said that if Rahul Gandhi is to be made the Prime Minister then it becomes very important to see that every coalition candidate in the State wins in the election.

Instead of being beguiled by the colourful rhetoric of cinema actor Sumalatha, who is contesting the Mandya LS seat, the people should vote for youth leader Nikhil Kumaraswamy and protect the self-respect of Mandya district, said Revanna.

Chief Minister H.D. Kumaraswamy is striving hard to work in the interest of the people in the State in the Coalition Government that he heads. Even in Mandya,  he has chalked out several development programmes for the benefit of the people, he said.

In the State, former Prime Minister H.D. Deve Gowda and AICC President Rahul Gandhi have joined hands to keep the communal BJP out of power and decided on seat-sharing with seven seats for JD(S) and 21 seats for the Congress to contest the LS polls.

In Mandya, the Congress has left the seat for JD(S) candidate Nikhil Kumaraswamy and the district’s MLAs and MLCs and party workers of both the parties are unitedly working for the victory of the coalition candidate,  said Revanna.