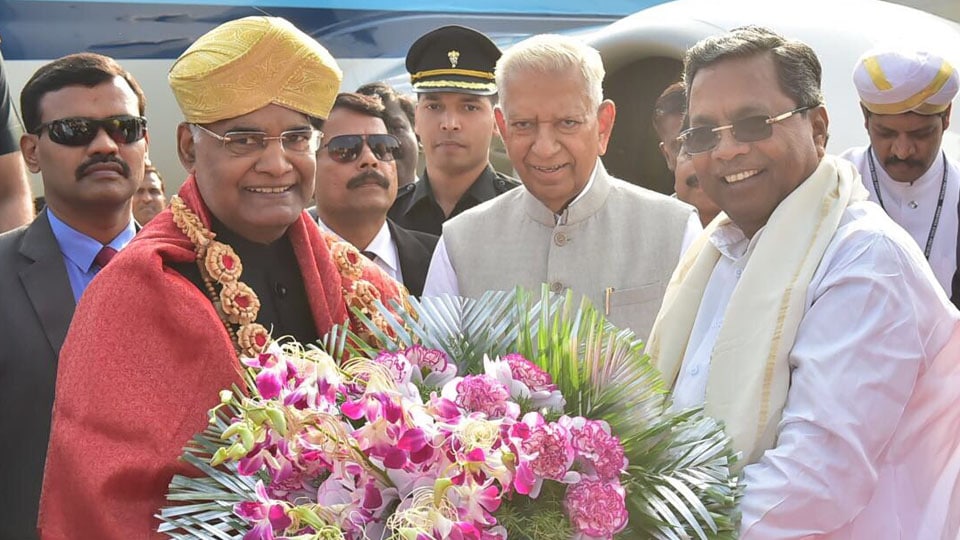 Vidhana Soudha is the seat of the State Legislature of Karnataka. It is considered one of the most imposing buildings in the country and its foundation was laid by India’s first PM Jawaharlal Nehru on July 13, 1951.

The President will arrive in Bengaluru at 3.30 pm today on his first visit to Karnataka after assuming the office. He will commence his engagements by paying tributes to the founder of Bengaluru, Kempegowda. Later, he will visit IISc. laboratory and attend a round-table discussion with scientists.

The Joint Session will discuss topics including the formation of the Mysore State, integration of Karnataka and issues related its history. On the occasion, families of the first three Chief Ministers of the State – K.C. Reddy, Kengal Hanumanthaiah and Kadidal Manjappa — will be honoured. The celebration will conclude with a show on ‘3D mapping of the Vidhana Soudha’, the State Government said