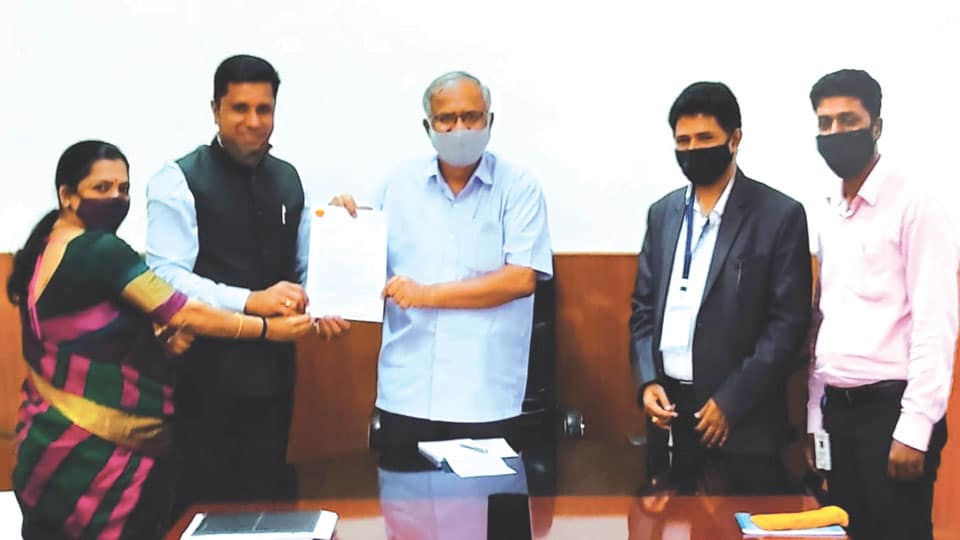 Mysore/Mysuru: Representatives of the Mysore Sahodaya School Conference, an Association of schools affiliated to the CBSE of Mysuru and neighbouring districts, met Primary and Secondary Education Minister S. Suresh Kumar at his office in the Vidhana Soudha recently and submitted a memorandum, requesting his intervention in addressing the problems faced by the teaching and non-teaching employees of private unaided educational institutions in the State.

The delegation requested the Minister to direct those parents who are capable of paying the school fees to do so, as done in many States and also referred to the recent orders from various High Courts favouring the collection of fees by the schools to meet their operational expenses, including payment of salaries to the staff.

The members also requested the Minister to do the needful to ensure that the staff working in these institutions is protected and their salaries are paid, once the parents start paying the school fees.

The Minister, who received the memorandum from the delegation, assured them his support to the employees of these institutions and promised to look into the various issues and concerns raised by them.

Mysuru-Kodagu MP Pratap Simha, who took the initiative to organise the meeting of Principals with the Minster, also beseeched the Government’s favourable consideration on the matter. Earlier, the Sahodaya representatives met Mysuru District Minister S.T. Somashekar and Deputy Commissioner Abhiram G. Sankar and submitted memorandums to them.

Mysuru District Minister S.T. Somashekar too was present in the meeting and the Ministers were apprised on the plight of private schools in the time of pandemic.

“There are over 240 CBSE, ICSE and State Board Private Schools in Mysuru where over 40,000 people are working. Many parents have not paid fees due to the confusion in the government and Court levels and also conflicting statements from leaders are being taken advantage of,” CISPMAM President Sudhakar S. Shetty told the Ministers. Due to the non-payment of the salaries, maintenance of schools was difficult, he stated.