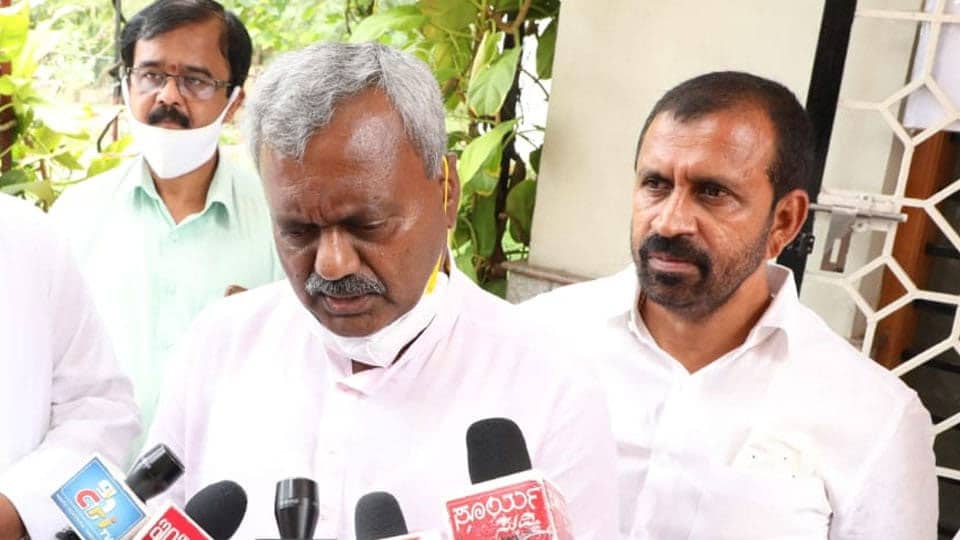 Mysore/Mysuru: Replying to reporters on the sidelines of re-opening of Mysuru Zoo on privatisation of Pandavapura Sugar Factory, District Minister S.T. Somashekar said: “Though the Government had invested over Rs.400 crore on the factory, we were not getting expected result due to some or the other drawbacks and hence, the factory remained closed till now. On requests from local farmers and interest shown by the local MP, we had to resume the factory. In this regard, Nirani Group, which has an experience of running two-three companies, has come forward to run this factory by investing Rs.430 crore. Our intention is to help farmers and not to put them in trouble. Hence, to safeguard the interests of the local cane growers, the factory has been handed over to the private company.”

Mandya MP Sumalatha Ambarish, who too spoke, said: “Opposition parties are opposing the handing over of sugar factory to private company for the sake of opposing. For the last two years, the sugar factory was lying with no use to farmers. I requested the Chief Minister many times in regard. The Government had come to a conclusion that it is difficult to run the factory taking note of the corruption in connection to Sugar Factory. Amidst this, as we wrote letters to reopen the factory, Nirani Group has come forward to run the factory. Hence, as far as the information we have, sugarcane will be up for harvesting during October or November and the factory will be restarted by then. Keeping aside the politics, everyone has to join hands in helping local farmers.”