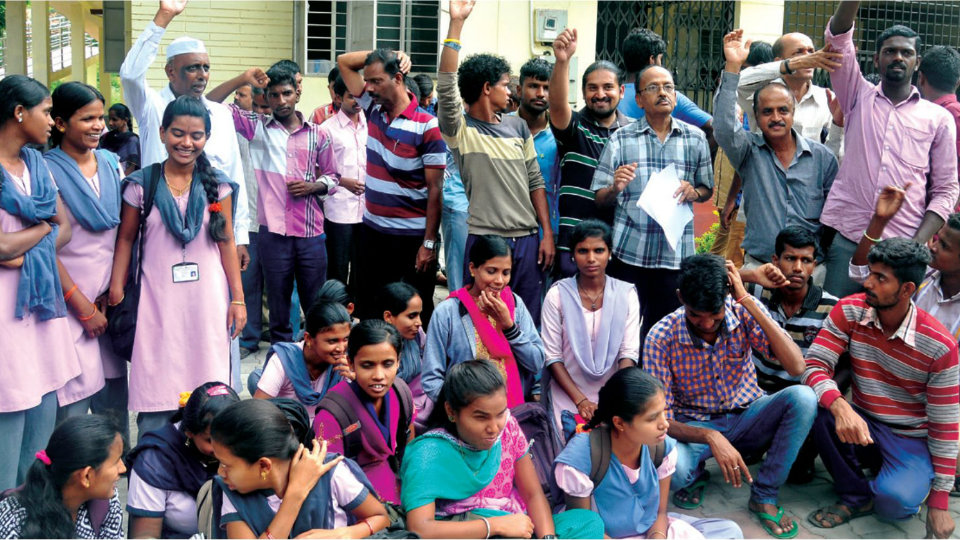 Mysuru: Urging for fulfilment of their various demands, about 60 hearing impaired persons under the banner of Karnataka Association of the Deaf, staged a protest in front of the office of the Deputy Director, Department for Empowerment of Differently Abled and Senior Citizens at Tilaknagar here yesterday morning.

The protestors, who locked up the Braille Printing Press in the department’s premises, staged a protest demanding job reservations in various government departments, boards and corporations, to appoint a Commissioner as per Central Government’s order among other demands.