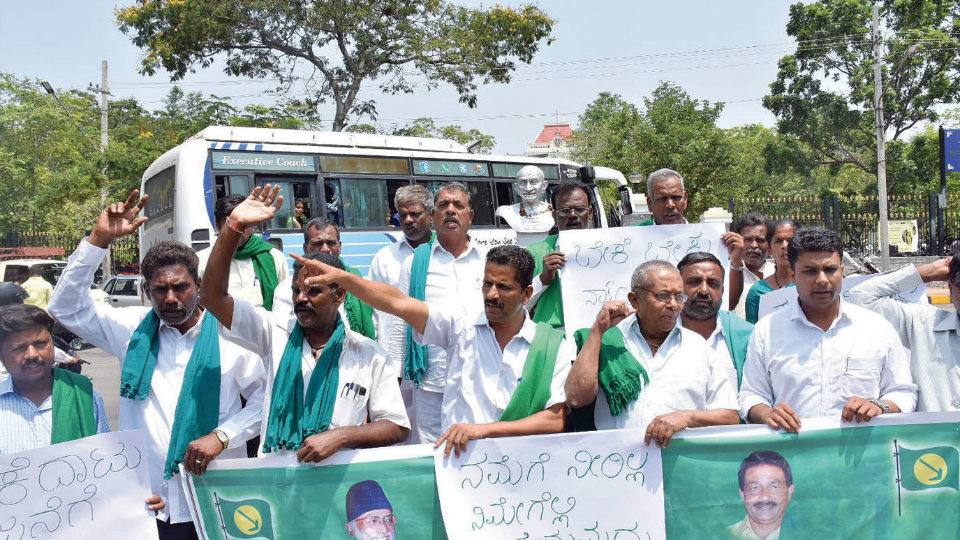 Over 50 members of Karnataka Rajya Raitha Sangha (KRRS) and Hasiru Sene staged a demonstration in front of Mahatma Gandhi’s bust opposite the City Law Courts complex.

Terming the CWMA’s decision on releasing Cauvery water to Tamil Nadu as a rude shock to Karnataka farmers, the protesters maintained that the water level in KRS Dam had plummeted to a precariously low point and release of water would leave the State in a perilous situation.

Pointing out that the farmers of the State had struggled through severe drought for the past couple of years, with the crops withering, the protesters condemned the CWMA’s order and urged the Authority to immediately withdraw the order, which they claimed was catastrophic to the State.

The KRRS had protested against the CWMA order yesterday too at the same venue soon after the CWMA passed its order.

Earlier this morning, about 20 members of Nayaka community led by senior advocate Paduvarahalli Ramakrishna protested at the same venue, demanding immediate withdrawal of the CWMA order.