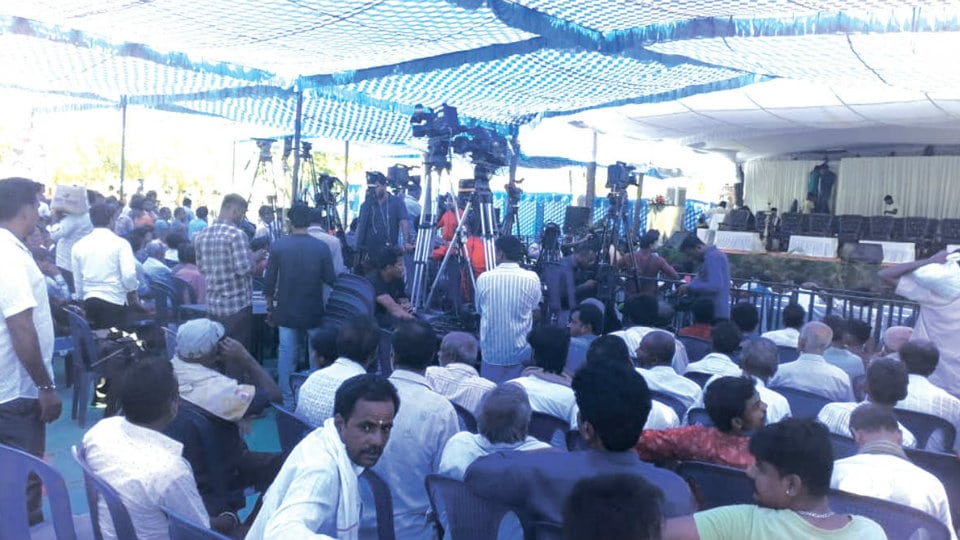 A huge platform is also set up to hold ‘Zilla Swabhimanigala Vijayotsava Samavesha’ to celebrate the victory of Sumalatha Ambarish from Mandya Lok Sabha constituency at the Silver Jubilee Park here this evening.

At least one lakh supporters of Sumalatha are expected to attend event.

Sumalatha, who contested the election to ‘protect the self-esteem of the people of Mandya’ as an Independent, defeated Chief Minister H.D. Kumaraswamy’s son K. Nikhil of JD(S) with a massive margin 1,25,876 votes.

The newly-elected MP was supported by the BJP, KRRS, and disgruntled Congress and JD(S) workers across the constituency.

Sumalatha will address and thank supporters this evening around 5 pm after visiting Ambarish’s native place Doddarasinakere in Maddur. Two books on the late actor will be released on the occasion.

Speaking to reporters after performing puja at Ambarish’s Samadhi at Kanteerava Studios in Bengaluru before attending the rally this morning, Sumalatha vowed to protect the interests of farmers of Mandya besides to strive hard for development of the district.