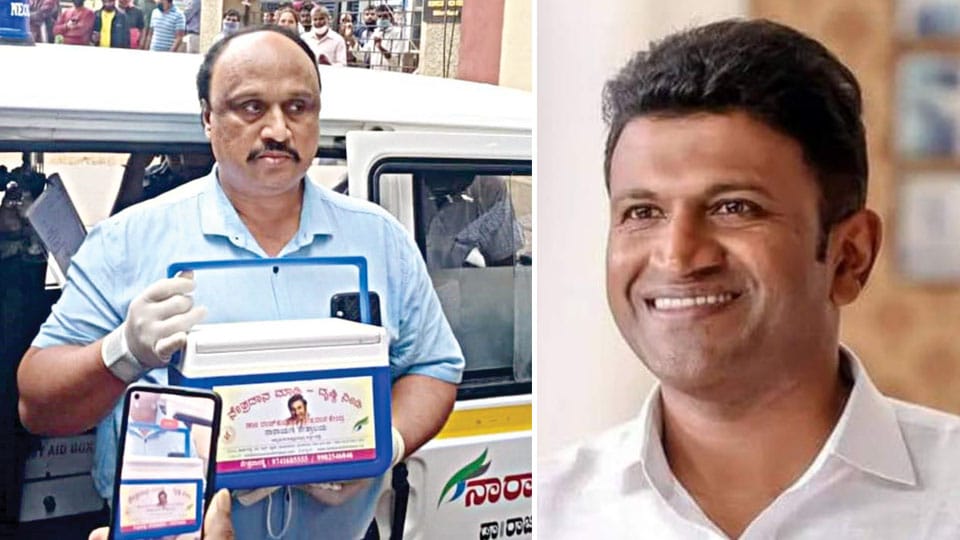 Bengaluru: Actor Puneeth Rajkumar has followed in the footsteps of his late father Dr. Rajkumar as his eyes were donated. He became the third in the family to donate eyes.

He had inspired many to pledge their eyes. As per the eye bank’s website, “the legendary Kannada actor Dr. Rajkumar believed that sight is precious and that there is no point burying or burning healthy eyes that can be used to help someone else.”

“Amidst the grief, Raghavendra Rajkumar called me and said that the family wants to donate his corneas. He was declared dead at 2.30 pm and the harvest was done at 2.45 pm. His corneas were intact. They will be used for needy patients at the earliest,” said Dr. Bhujang Shetty, Chairperson, Narayana Nethralaya and Head of Dr. Rajkumar Eye Bank.

“Pledging is one thing, but recalling the pledge during the sad demise of a family member amidst grief is a great move. This is the third pair of eyes harvested from the Rajkumar family,” said Dr. Shetty. Pointing out that eye donations had reduced by 80 percent during the pandemic, he said, “We hope this gesture by the family will give a boost to eye donations and inspire others to donate.  Eyes can be retrieved within six hours of death but earlier the better.”