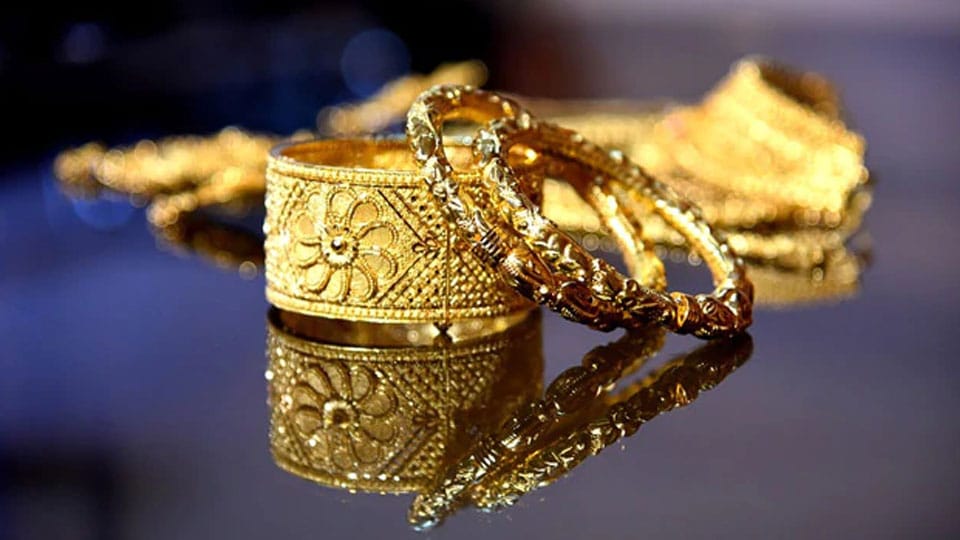 Mysuru: A woman from Chamarajanagar, who had come to city to attend a house-warming ceremony, has lost her purse containing 60 grams gold jewellery while returning to Chamarajanagar by a KRSTC bus on Dec.12 night.

The woman, who lost her gold jewellery, is T. Varalakshmi. She had come to city on Dec.12 morning to attend the house warming ceremony of the new house of her friend Anuradha Anil at Srirampura.

After attending the ceremony in the afternoon, Varalakshmi, who went to Srirampura Bus Staop, removed the gold ornaments — 25 grams gold necklace, two gold bangles weighing 26 grams and three fingerings weighing 10 grams — and kept them in the purse and came to Suburban Bus Stand.

At about 4 pm, she went to the shopping mall in the bus stand building and after shopping, she boarded KSRTC bus to Chamarajanagar at 6.15 pm and reached her destination at 8.20 pm. When she checked her bag containing the purse after reaching home, she found the purse missing, according to the complaint lodged by her at Lashkar Police Station.

Lashkar Police, who have registered a case, are investigating.