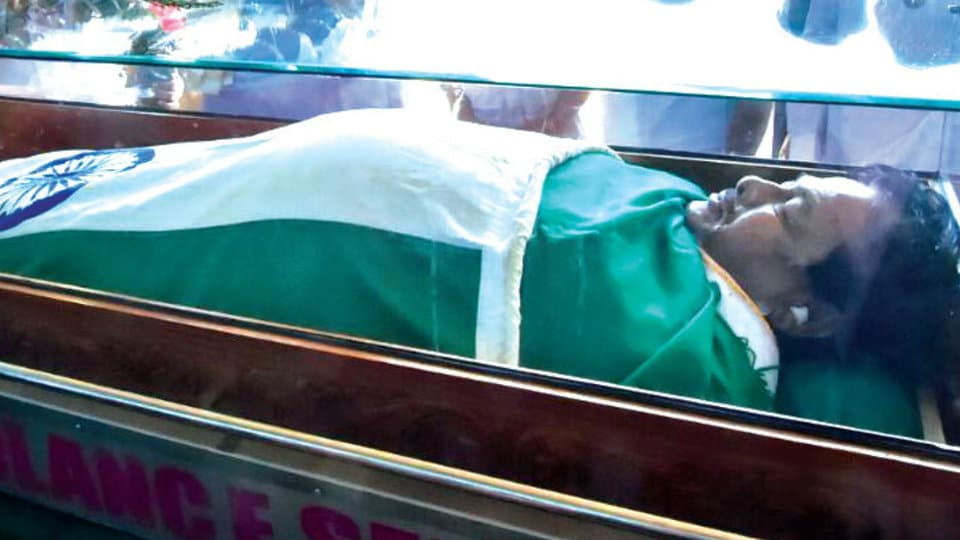 Puttannaiah to be laid to rest tomorrow with State honours

Mandya: The District Administration is making all arrangements for the last rites of farmer leader and MLA K.S. Puttannaiah, including State honours. He will be laid to rest tomorrow at Kyathanahalli in Pandavapura taluk in Mandya district.

Puttannaiah’s family members were consulted in this regard by Mandya Deputy Commissioner N. Manjushri and SP G. Radhika yesterday. Manjushri said that the mortal remains of Puttannaiah which is kept at JSS Hospital mortuary in Mysuru will be brought tomorrow (Feb.22) at 6 am to Kyathanahalli via Srirangapatna. It will be kept for public viewing from 6.30 am to 10.30 am at Visvesvaraya Stadium. The final rites will be conducted at Puttannaiah’s farm (behind the rice mill) with State honours, she added. She appealed to the people to pay their last respects during the given time as the body cannot be kept for more than six hours, she explained.

The ‘Shraddanjali’ for Puttannaiah would be held on Feb.28 at Pandavapura town. The condolence is being held as per his ideologies. In all, 180 representatives of farmers’ organisations would attend, said Puttannaiah’s son Darshan. The rituals like ‘thithi’ will not be held, instead, 50 farmers who had achieved success in their field would be felicitated on the occasion, he said.